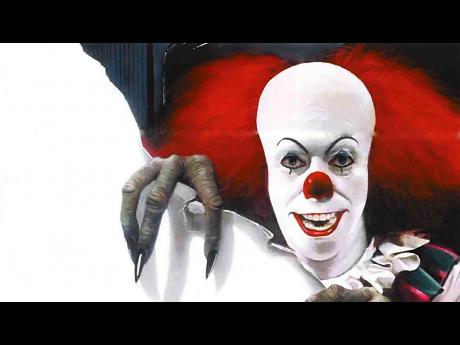 After what seemed like the driest movie period in years, finally, there is something exciting happening at the cinemas. It may be a remake of a miniseries adapted from a novel, but still, it's something.

Stephen King's It tells the story of Derry, a town cursed with mysterious disappearances of children. After his brother Georgie meets such a fate, Billy recruits his friends on a mission to find out what happened. On their journey, they come to find the orchestrator of their demise, the ravenous and infinitely creepy Pennywise, the dancing clown.

It shares much with the recent offerings of horror. It focuses on children as its victims and heroes, and it relies on jump scares to give the thrills the audience demands. There's also the unfortunate instance of characters acting far too calmly in the presence of danger, which renders most horror pictures tepid. It succumbs to these and other horror trappings but has plenty going on that lets it stand out.

Chief among those is Pennywise. I can't recall the last time a horror film has seen fit to give its narrative a true antagonist. A face to the terror. While this isn't the first time Pennywise has been given life, I dare say it's a far more chilling one than Tim Curry's best effort. What Bill Skarsgard does is give a performance that feels developed. Pennywise is sinister, charming, jovial, and horrifying, sometimes at the turn of a dime.

His counterparts, the kids in the film, are perhaps just as engaging. It is more of an adventure film than a true horror movie, with the children feeling like soldiers being called off to war at times. I appreciated how distinct each of their personalities were. It made it easier to get to know them, their fears, their desires, their identities. Once that was done, you could fear for their lives, and the film achieves the tension it needs.

With characters you care for and an antagonist you revel in watching, It has more than most horror films these days even bother to consider. While it still has many of the failings that plague the genre today, it still manages to be a good time, with some truly impressive visuals you should see on the big screen.