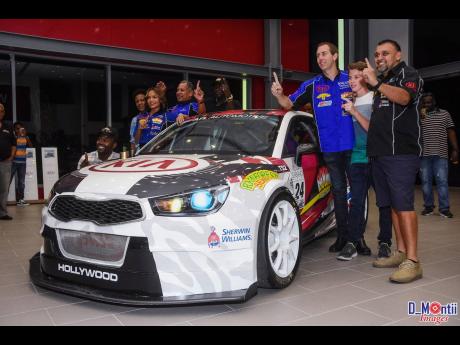 DMONTii
Raj as crew chief for Doug Gore at the launch of his Kia racecar. 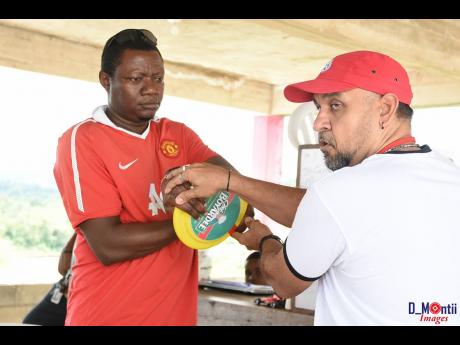 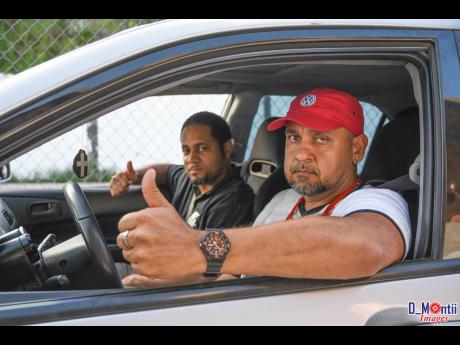 DMONTii
Raj about to show a participant at a track day the racing lines around the Dover race track. 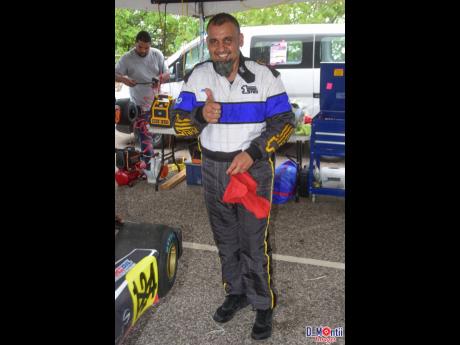 DMONTii
About to hit the go kart track. 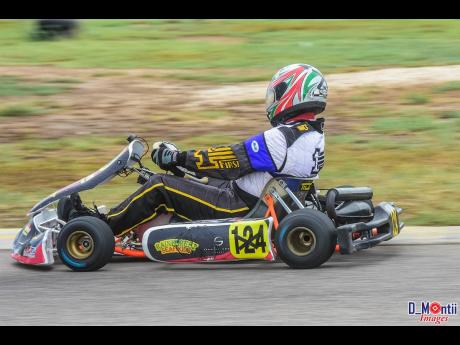 DMONTii
On track as a go kart racer. 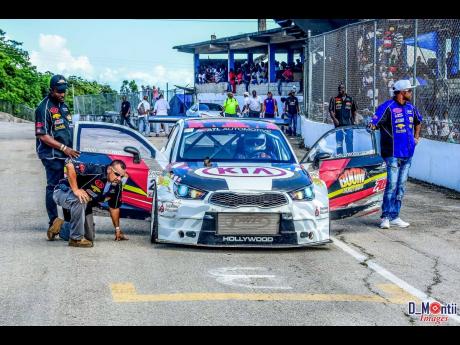 Rajendra Jadusingh, owner of Service Pro and a well-established racer, has spent over 30 years in the motorsport industry. He got involved in the sport because his family was adept at racing. “I’ve been into racing from an early age, because my parents, brothers, and uncles raced so naturally, I got engaged in it. As a teenager, I repaired and improved my friends’ cars and practised drag racing in the gullies, and all over the place.”

Eventually, Jadusingh did dexterity with his own cars. He also started to take drag racing seriously in the late ‘80s and early ‘90s. “I helped to build a car for a friend of mine and, the first time we tested it at Vernamfield, Clarendon, a lady in a Honda Civic drove out onto the track so he had to take evasive action, resulting in the car going over into the bush. Though we were not injured and the car wasn’t badly damaged, it was a real wake up call for me and my friend to take racing more seriously. So, we made a conscious decision that we would organise things. Thus, while living in Four Paths, we formed the first legal drag racing group, called Jamaica Drag Racers Association (JDR).”

His love for motorsport and delight in garage business caused him to pay little attention to school. “My interest was always into circuit and rally and I liked drag racing as well. Drag racing was cheaper and more accessible because you could just adjust your road car, whereas in rally and circuit you had to build your vehicles specifically for those disciplines.”

As Jadusingh became more devoted to the sport, he did events for the Jamaica Motoring Club, now known as Jamaica Millennium Motoring Club (JMMC). He did dexterity both on the tarmac and in gravel with the modified road cars but, as time passed, building better cars was his priority. “I built a Mini to race at Dover, however, because my nine to five was as an A/C contractor at Digicel, that income allowed me to buy a Mirage. Driving the Mirage afforded me the opportunity to win my class for the four years that I competed from 2004 to 2008.”

After that outstanding period, he stopped racing for a while because of the birth of his daughter, but remained involved in motorsport by serving at the organisational levels as a board member at Dover, JMMC, and the Jamaica Race Drivers Club. “I still worked on other people’s cars, did a lot of fabrication, built roll cages, a rare suspension body and prepared race cars for big competitors.”

“Racing is my life. I own a lot of classic cars that I’ve restored and changed. Additionally, I’m a garage manager, so I work on cars every day as a job, then I go home and fiddle with old cars as a hobby, and then on the weekends I deal with race cars,” he added.

Jadusignh highlighted that he feels secure and almost invincible in his race car, because there are safety gears to protect him. “I tell people all the time that I feel safer in my race cars at a hundred miles per hour than in Half-Way Tree at 20 miles with taxi drivers around me. When I’m in my race car, I have a three-layer fireproof suit and I have a roll cage, and six pieces of seat belt that hold me in so I feel very safe when in my race car.”

He mentioned that, if he feels uneasy before racing, once he starts that engine, that thought disappears and the only thing on his mind is coming out victorious at the end of a race. “I’m a very competitive person, so even if I have thoughts of fears or doubt, once I get into the car, all of that is gone and my focus is now on winning. So I concentrate on accelerating as fast as I can and carrying as much speed around the corner.”

Jadusignh highlighted that the lesson he has learned in motorsport is to be determined, because it is full of egos and personalities. So, for racers to be successful, they have to chart their own course and avoid listening to the naysayers.