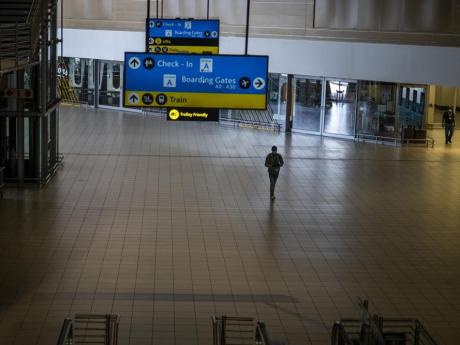 Tourism businesses that were just finding their footing after nearly two years of devastation wrought by the COVID-19 pandemic are being rattled again as countries throw up new barriers to travel in an effort to contain the omicron variant.

From shopping districts in Japan and tour guides in the Holy Land to ski resorts in the Alps and airlines the world over, a familiar dread is rising about the renewed restrictions.

Meanwhile, travellers eager to get out there have been thrown back into the old routine of reading up on new requirements and postponing trips.

Abby Moore, a librarian and associate professor at the University of North Carolina, Charlotte, was scheduled to leave for Prague on Wednesday.

But the day before her flight, she started having doubts when she saw that Prague had closed its Christmas markets and imposed a citywide curfew.

“I wasn't really concerned about my trip until the Czech Republic started what looked like a mini-lockdown process,” said Moore, who decided to reschedule her travel to March.

Less than a month after significantly easing restrictions for inbound international travel, the US government has banned most foreign nationals who have recently been in any of eight southern African countries. A similar boomerang was seen in Japan and Israel, both of which tightened restrictions shortly after relaxing them.

While it is not clear where the variant emerged, South African scientists identified it last week, and many places, including the European Union and Canada, have restricted travel from the wider region.

For all the alarm, little is known about omicron, including whether it is more contagious, causes more serious illness or can evade vaccines.

Still, governments that were slow to react to the first wave of COVID-19 are eager to avoid past mistakes.

The World Health Organization says, however, that travel bans are of limited value and will “place a heavy burden on lives and livelihoods.” Other experts say travel restrictions won't keep variants out but might give countries more time to get people vaccinated.

London-based airline easyJet said Tuesday that renewed travel restrictions already appear to be hurting winter bookings, although CEO Johan Lundgren said the damage is not yet as severe as during previous waves.

The CEO of SAS Scandinavian Airlines said winter demand was looking up, but now we “need to figure out what the new variants may mean.”