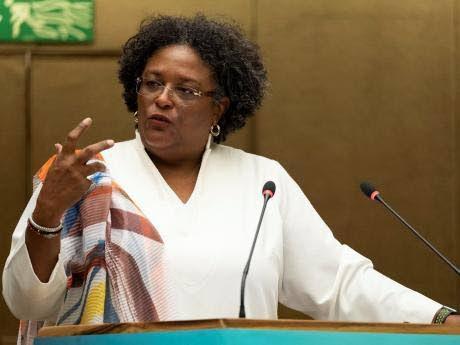 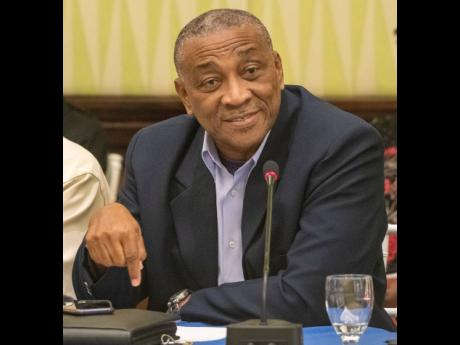 The Barbados government has presented a new Charter of Barbados to Parliament that has led to a war of words between Prime Minister Mia Mottley and Opposition Leader Bishop Joseph Atherley.

Mottley, who presented the charter to legislators on Tuesday, one week before the island becomes a republic, said the document promotes the concept of active citizenship and is a guide for how people should treat each other and the country, but is not a constitution, the preamble to a new or the existing constitution, or a legal document.

“It is a document, however, that reflects how the majority feel, but that is committed to the protection of all, not just the majority, because the role of a government is to confer the benefits of the protection of the rule of law, the precepts of fairness on its people while insisting that order remain to avoid anarchy,” she added.

But Atherley said the document, while not legally binding and outlines citizens’ rights and responsibilities, leaves out “God”, insisting that God cannot be thrown out with the monarch as Barbados prepares its transition to republic status next week.

Atherley said he has serious issues with the section of the charter that refers to all being equal by virtue of “our humanity, in the eyes of the Creator”. He said this phrasing is watered down and departs significantly and tragically from that which appears in the preamble of the 1966 Constitution.

“We acknowledge God in the National Anthem; am I to be led to believe from the language of this charter that we will address that line with the part that says ‘The Lord has been the People’s Guide’? Are we going to remove that too because we are of the view that we are excluding others? Is this what we are not saying? And if we are not saying it there, we need to make sure the language here is correct so that we don’t give people the opinion that we are saying it here.

“Because I tell you, if you trifle with the National Anthem with respect to that line, you are going to have some problems in Barbados. I humbly say that and you can take that for what it is worth,” the Opposition leader argued.

He told legislators that the charter includes no expression of a sense of duty, devotion, or dependence on God who is supreme and sovereign.

“It is humanist; it represents a mindset in this world today that is prominent, it represents a value that we are importing from abroad and it is a departure from that to which we have always premise our lives. It gives no primacy to God.

“This charter needs, in my humble view, very clearly, to express that we who share in my view this binding sense of values recognise that we share these values commonly under the eyes of him who is supreme and sovereign to all of us. For me, he is called God.”

Atherley said that all major religions in Barbados acknowledge a sovereign being to whom devotion is due. He warned those responsible for writing the charter against trying to paint a picture that Barbados is not a Christian state.

But Mottley, who accused Atherley of attempting to mislead the House by suggesting that her government is trying to move away from the supremacy of God, said nothing was further from the truth, asking him to withdraw his statement.

She said the charter, which is not a legal document, was drafted by several people, including a distinguished Anglican cleric, Senator Reverend Dr John Rogers.

Mottley said the use of the word “Creator” was not intended to be disrespectful, but rather to respect the fact that credit is being given to a creator who is above all, saying that the opposition leader has the opportunity to state what he wants the word creator to be changed to.

But the Opposition leader maintained his stance, saying “don’t come with this watered-down garbage that we are not a theocratic society.

The Charter of Barbados is premised on five articles, the first of which states that all Barbadians are born free and are equal in human dignity and rights regardless of age, race, ethnicity, faith, class, cultural and educational background, ability, sex, gender or sexual orientation.

Barbados will become a Republic on November 30.