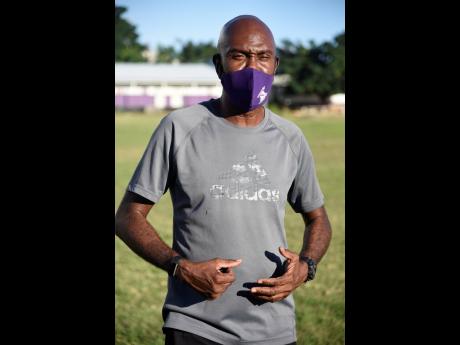 KINGSTON COLLEGE coach, Ludlow Bernard, was far from impressed with his team’s 2-0 victory over Wolmer’s Boys in their ISSA/Manning Cup football match at Stadium East yesterday, which stretched their unbeaten start in Group C to three games and put them five points clear at the top of the standings.

‘The Purples’, through first-half goals from Jevaughn Barrett (21st) and Nathaniel Brooks ( 39th), turned back the Heroes Circle-based school in a hard-fought match and Bernard said he would be using the upcoming break to reinforce the discipline and focus of his squad.

“Today was not the KC game. Our attitude was clearly not the best and I thought our players were way off. If you look at my team over the years, this is not my football. We are glad for the victory, but going forward I will have to dig deep to ensure they do not drop their levels,” he said.

“I am expecting a certain standard. The guys need to sustain and maintain a high standard in passing, controlling, making decisions, moving the ball quickly and hustling, and we didn’t hustle today. We were clearly the second best, especially in the second half,” he continued.

“I realise now that I have to keep them very focused day in, day out. The Wolmer’s team didn’t have anything to lose and for that I was very annoyed because we have the capacity to really dominate and we didn’t,” he added.

KC dominated the first half and it was not surprising when Barrett fired home from eight yards, after benefiting from a right-sided cross.

They continue to have to better of their opponents and six minutes from the break Brooks’ low strike made it 2-0.

However, Wolmer’s were resillient and rallied late in the match. They actually created two great chances, one which was headed against the crossbar and rebounded off the goal line.

Wolmer’s coach, Sean Fraser, said he was disappointed with his team’s application also.

“We just allowed them to play and do what they wanted. But in the second half we made a few substitutions and the game changed tremendously,” he said.

In the other Group C game, Mona High and St Catherine High drew 0-0.

KC lead the group with nine points, followed by Mona and St Catherine on four each. Wolmer’s, Clan Carthy and Papine High are still without a point.