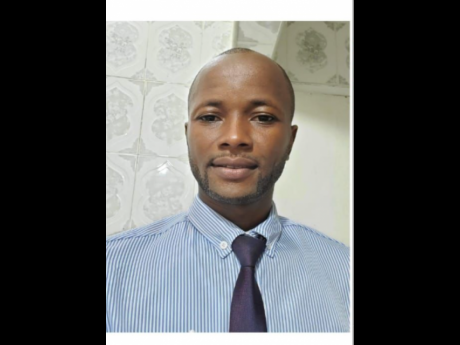 Shannon Briscoe has been missing since August 11. -Contributed photo

A car belonging to missing correctional officer, Shannon 'David' Briscoe, has reportedly been found in Trench Town in western Kingston, the police say.

The 38-year-old, who is from Seaview Gardens in St Andrew, has been missing since August 11.

But he said he could not provide any further details until after a briefing later on Saturday.

"It is currently being treated as a missing person matter, however... we're not leaving out any possible scenario. It's being treated extremely seriously," Ricketts said of the case.

Briscoe is working out of the Horizon Adult Remand Centre located on Spanish Town Road in Kingston.

Chairman of the Jamaica Federation of Correctional Officers Arlington Turner said Briscoe enlisted as an officer in 2018.

"This is a young officer who is trying to really elevate himself. ..this is a promising officer based on what his superintendent has indicated to us," he said.

Briscoe is of dark complexion, slim build and about 5 feet 7 inches tall.

He was wearing a white t-shirt, black pants and a pair of black shoes.

Anyone knowing the whereabouts of Briscoe is asked to contact the Seaview Gardens Police at 876-997-9372, 119 police emergency number or the nearest police station.