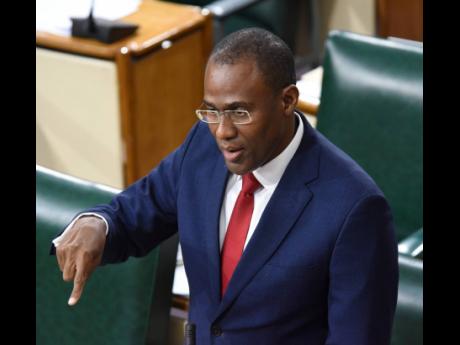 Minister of Finance and the Public Service Dr Nigel Clarke says the Government has reached the threshold for Central Bank Digital Currency (CBDC) wallets (accounts) that are eligible for the $2,500 incentive.

In March, Clarke announced that the first 100,000 Jamaicans establishing wallets after April 1 would receive the digital deposit from the Government.

The incentive was to encourage persons to use the CBDC, dubbed Jamaica Digital Exchange (JAM-DEX), as an option to conduct transactions.

He provided the update while responding to questions posed by Member of Parliament for St Catherine Southern Fitz Jackson in the House of Representatives on June 28.

“So, the next phase is for merchants to be signed up – that’s the key phase; merchants across communities who sell all manner of goods, and [when] it begins to take off, have more banks take it up,” he said, reiterating that the CBDC is a no-fee account.

A release from the BOJ informed that the amendments designate it as the sole authority to issue CBDC, which is now legal tender.

“With the amendments, all references to ‘notes and coins’ are now expanded and replaced with, ‘notes, coins, and central bank digital currency’,” the release said.

Given these amendments, the BOJ can now advance the national issuance of CBDC and, in that regard, members of the public are encouraged to sign up for a digital wallet, which facilitates access to JAM-DEX.

The release also noted that other wallet providers are expected to come on board for the distribution of JAM-DEX later this year.

JAM-DEX provides a safe, efficient, and convenient way to pay for goods and services.