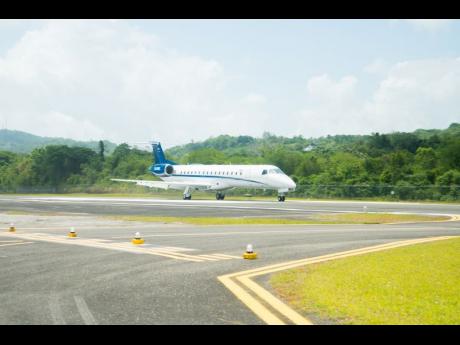 It marks the start of a weekly premium, nonstop service between the destinations.

The aircraft landed at around 10:30 a.m., the second time within a week that an airline has started operating scheduled international commercial service at the facility.

The flight comes just over two months after QCAS Aero's co-owner Rhean Ramdeen revealed that talks had been ongoing for two years to get the service started.

It was said then that the aircraft would be an Embraer 145 with a capacity for 70 passengers but will only accommodate 30 clients first class. The majority of the passengers will be tourists.

The airline company has partnered with Go! Jamaica Travel to get the schedule off the ground, and is working with hotels such as Jamaica Inn, GoldenEye, Moon Palace, Couples, and GeeJam.