Needy parents to get help from Educare 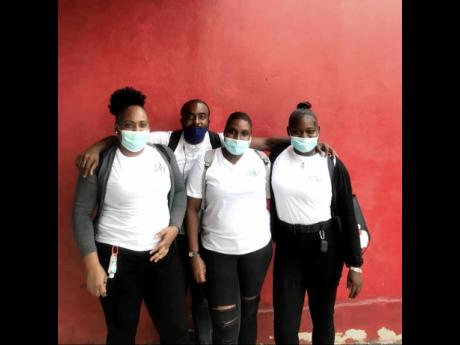 Investment Consultancy Service (ICS) is seeking to bridge the gap in the education system by assisting parents with children ages three to 18 years in meetings their educational needs.

Recognising that some children in Jamaica are still lost in the educational system due to their parents’ inability to fund their academic pursuits because of financial constraints, the ICS team has devised a strategy to reduce some of the responsibilities on parents who simply cannot afford it.

With high hopes of launching its Educare project by the end of next week, Human Resource Manager Julian Farquharson told The Gleaner on Monday that the team of about 50 education field officers, who have responded to the organisation’s request for help, has been making progress.

ICS is seeking to hire up to 1,500 people, ages 18 to 50, to be trained to work as education field officers, assisting in the enrolment of as many parents as possible, while also spreading the news about the company’s programme.

This, she added, shows that the company is not only interested in offering financial aid, but is also pushing for the establishment of such a programme in Jamaica as a means of providing job opportunities.

“We are trying our best to assist persons who may find themselves unable to fulfil all the needs of that child,” she added, as the initiative is prepared to pour in a lot of dedication, strategising and hard labour in ensuring the success of what could be considered an impossible task.

Despite asking for a weekly contribution of $500 and an initial registration fee of $1,500, Farquharson said parents are not pressured to stick by the set amount, as they will gladly accept however much parents are able to contribute.

“We don’t stress them about the monthly contributions. We hope that they are able to contribute because it is helping them as well, but we accept whatever they have. If the person has $200, we are not going to kick them out, because that would really defeat the purpose of the programme.”

Farquharson revealed that some corporate companies have offered to assist with the programme’s development through funding the scores of parents who will take advantage of the opportunity.

Tyler Rodrigues, the organisation’s founder, is known for his commitment to helping the underprivileged, and he has identified a particular need in assisting parents in funding their children’s educational needs as critical, according to Farquharson.

Rodrigues intends to started the programme to prevent personal development problems from occurring, after he encountered many people in the workforce who are still lacking in educational qualifications and find it difficult to articulate themselves. Meanwhile others simply lack work experience, she explained.

“It’s really disheartening to see it,” she said of the situation. Therefore, “once a child is between three and 18, we try to take them all the way [as] best as possible,” she said of the initiative, which hopes to grow in numbers and its capability to fund as many of the nation’s kids as possible.

Persons interested in applying as education field officers can send their resumes to educationfieldofficer@gmail.com, or contact 876-678-0301 for more details.