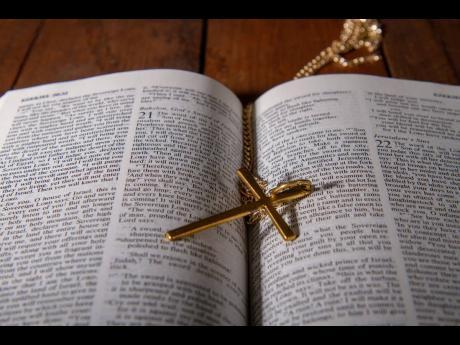 The Mandeville Ministers’ Fraternal, which is hosting the event, will officially launch a project aimed at promoting healing and peace in families in light of the rampant levels of domestic violence plaguing the parish. - File photo.

The 29th National Prayer Vigil is to be held at the Fellowship Tabernacle Church in Manchester on December 12.

The event is being held under the theme 'Justice, Unity, Healing and Peace'.

The Mandeville Ministers' Fraternal, which is hosting the event, will officially launch a project aimed at promoting healing and peace in families in light of the rampant levels of domestic violence plaguing the parish.

Governor General Sir Patrick Allen is the patron of the event where the Right Reverend Gary Harriott will deliver the keynote address.

Following a virtual press conference on Tuesday, chairman of the local organising committee, Reverend Anthony Chung told The Gleaner that the Northern Caribbean University (NCU) is conducting fieldwork in collaboration with the church to look at the causes and solutions to infighting among siblings as well as parenting styles and the impact of religion on these two issues.

This is being done to obtain empirical data which he believes will confirm what the anecdotal evidence is showing.

“Some of it has to do with, you know in Jamaica they talk about 'dead left'. There are family members fighting with each other over 'dead left' and there is the matter of parents trying to find alternative ways to spanking to discipline their children. Those are some of the contributing factors, we think, to the violence.”

The Manchester Peace Coalition has identified 18 underserved communities in the parish where family infighting is rife and so the Mandeville Ministers' Fraternal will be seeking to identify the reasons for this unsettling situation, which it will seek to address through conflict resolution, parenting seminars and workshops and will, in the process, build on some work already undertaken by previous researchers.

The influence of religion on the residents of Manchester will also be a key part of the research being undertaken, according to Chung.

“The angle we are taking has to with parenting, domestic violence and religion. So one of the questions that we are asking is 'How having or not having faith influences how you parent and how you deal with conflict? Is that a variable that factors into it? Are people who are inclined to go to church more or less violent and peace-promoting? Do they parent differently? That's what we are trying to find out, is there a nexus between the three things?”

However, Chung made it clear that the church, which is already partnering with the Mandeville Peace Coalition as well as NCU, would welcome further assistance.

“What we are going to need is the support of, for example, the business community and community leaders who are concerned about what is going on and want to do something about it. If you want be part of the solution come and join us and make whether your resources available, whether it is a facility, your skills or your financing,” he appealed.

“We will launch the project on the day but the work will continue into 2022.”