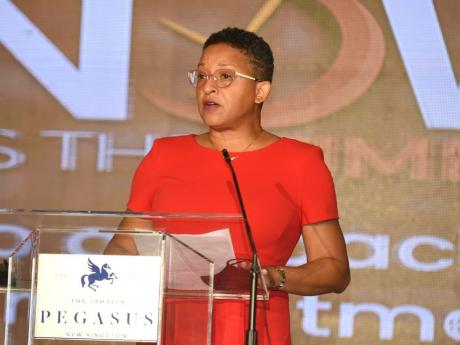 Jamaica AIDS Support for Life (JASL) is hailing its HIV preventative pre-exposure prophylaxis (PrEP) programme, which it says has been successful in preventing participants from contracting the virus.

The programme started in June 2020 and is geared towards safeguarding the lives of persons who are at high risk of contracting HIV.

PrEP is an ongoing medicine people at risk of contracting HIV take, in an effort to prevent getting the virus from unprotected sex or injection drug use.

Clinical trials in some first-world countries have shown that PrEP is 99 per cent effective at reducing the sexual transmission of HIV.

As of January 2019, the US Food and Drug Administration (FDA) approved two medications as PrEP for HIV.

The medications are in high demand by gay and bisexual men in some first world countries who prefer to have sex without condoms.

Also, many persons who take PrEP are often involved in abusive relationships where their unfaithful partners demand sex without the use of condoms.

Medical doctor at JASL Dr Jennifer Brown-Tomlinson told The Gleaner that approximately 100 persons have benefited from the organisation's PrEP programme.

She noted that the participants are either men who have sex with men or transgender persons, with the majority being MSM.

Speaking at the JASL's HIV Treatment Public Forum on Tuesday at the Jamaica Pegasus hotel in New Kingston, senior medical doctor with the organisation Dr Donna Royer-Powe, explained that, so far, the programme has been successful as persons continuously on the medication have not contracted HIV.

However, Royer-Powe, who is also Director of Medical Services at the Department of Corrections, noted that some participants have presented with other sexually transmitted infections or diseases.

“Our study was very, very successful. Nobody contracted HIV. Yet, we've had a few participants who contracted gonorrhoea, syphilis and chlamydia, which goes to show they were having unprotected sex, but it also supports [the claim] that the medication works, so nobody contracted HIV,” she explained.

Amid the good news, she shared that one male participant left the programme and subsequently contracted HIV.

According to Royer-Powe, he left because he just never wanted to take one pill per day while continuously engaging in unprotected sex.

Royer-Powe, who councils JASL PrEP participants, said she is heartbroken that one participant fell through the cracks and now has the lifelong virus.

“The participant dropped out in December, and he contracted HIV this year. It was very sad. We both broke down crying in the session because I couldn't believe that after all of that, and I tried to convince him to stay on it, and he was just like 'I can't take any more tablets', but these things happen,” Royer-Powe said.

“But he is doing very well on his ARVs [antiretroviral therapy treatment] now,” she added.

Royer-Powe calls for persons interested in taking PrEP to reach out to the organisation.

“The tablet we use is... Truvada... and this tablet is single preparation, one tablet, once a day, so it's very easy because Jamaicans don't like tablets,” she explained.

She warns that the treatment pattern can cause cramps.

“So, what are some of the side effects they [the participants] have had: headaches, nausea and abdominal cramps. We've even had one patient that said 'Doc, I now understand what my female friends go through. That is some serious cramps.' He was the only one who said he had it,” she said.

“As I explained to them 'the cramps are nothing compared to having to live with a disease, HIV or so... but it's much nicer to know you don't have HIV,” Royer-Powe said.