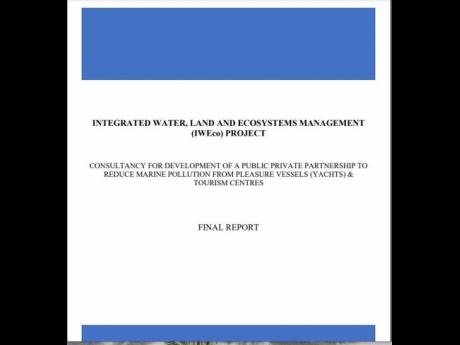 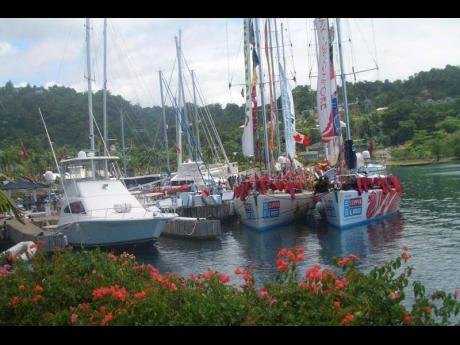 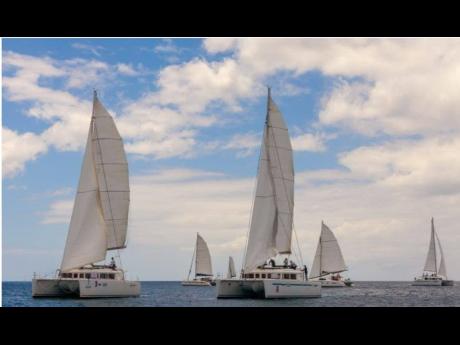 A new report has mooted a number of recommendations to address marine pollution from pleasure vessels, notably yachts, and tourism centres in Caribbean islands such as Jamaica.

Among the recommendations is for islands – including Antigua and Barbuda; Barbados; Grenada; Saint Lucia; Saint Kitts and Nevis; Saint Vincent and the Grenadines; and Trinidad and Tobago – to make the use of sewage pump-out facilities at all ports of entry, marinas, boatyards and approved anchorage areas mandatory.

The report, done by Cuthbert Didier, also recommended that islands consider the introduction, in the customs declaration forms, of the size of holding tanks of vessels clearing in and out of the state; implement policy which seals holding tanks of yachts once on dry dock for long-term storage (beyond seven days) in boatyards; and consider the inclusion of water testing as a prerequisite for the licensing of operations for not only touristic centres along the coast lines, but also marinas, boatyards, anchorage areas and touristic beaches.

The report was done on the basis of a study that looked at the development of a public-private partnership to reduce marine pollution from such vessels and tourism centres. It was commissioned by the Caribbean Public Health Agency, under Component 2 of the GEF IWEco Project, and placed emphasis on eight of 10 islands under the project.

The recommendations were made against the background of findings, including:

• That while the yachting market had traditionally served a relatively small niche market, it was noted in 2005 that there had been substantial growth over the last two decades for both charter cruises and bareboating;

• That this, combined with more recent data, confirmed the significant expansion of yachting in the region over the last 30 years; and

• That continued growth is expected.

Threat to the blue economy

Further, it noted that marine pollution, for which solid waste and waste water are among the more prevalent sources, is widespread across the region and poses a serious threat to the blue economy.

“Waste water management remains a challenge in the Caribbean and in the tourism industry, in particular. In 1996, it was estimated that 75 per cent of waste water treatment plants operated by hotels and resorts (so-called package plants) in the Caribbean did not comply with basic effluent discharge criteria. Construction of hotels, recreation and other facilities often leads to increased sewage pollution. Improper sewage management compromises nearshore water quality in many coastal regions,” the report said.

“Waste water is also produced on boats. While only small amounts of pollutants are generally released by individual boats and marinas, this problem is compounded by increases in the number of boaters and marinas, and can potentially result in water quality problems in rivers and coastal waters,” it added.

Waste water produced on a boat include bilge water, which may be contaminated with engine oil; grey water from showers, sinks and washing machines; and black water, which is solid or liquid waste from the toilet (head) and which may contain bacteria.

“While these may all negatively impact the quality of seawater and the marine environment in general, the primary concern is black water pollution. Black water, or sewage pollution from recreational boats, is an increasing problem worldwide, and is of particular concern in popular tourism destinations like the Caribbean and the Mediterranean,” the report warned.

In five islands alone in 2019, more than one million gallons (1,059,036) of black water and more than 47 million gallons of grey water were generated. The islands included Antigua and Barbuda; Grenada; Saint Kitts and Nevis; Saint Lucia; and St Vincent and the Grenadines.

Of course, the islands have to varying degrees taken steps to address the challenge. These include legislation and interventions that address, at least in part, sewage or black water discharge together with waste water treatment systems.

The report’s recommendations have therefore extended to, among other things, having in-house sewage, fuel and oil spills prevention and emergency containment plans for marinas, boatyards and touristic commercial centres; the prohibition of direct drainage into the marine environment; and the connection of touristic commercial centres to the central sewage treatment plants in the islands.

“Touristic commercial centres should [also] ensure the management of garbage takes into account recycling and other global best practices. Such centres should be encouraged to implement in-house management systems which address best water quality controls and efficient garbage systems. [Further], black and grey water should be treated in-house at touristic commercial centres and must not at any time be discharged into the coastal water,” the report added.