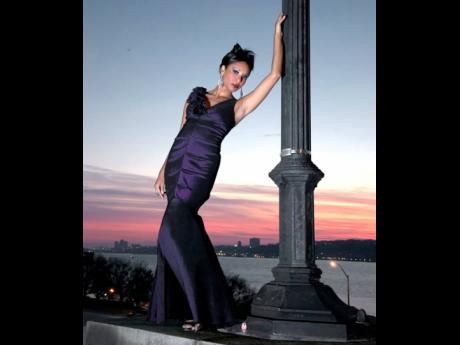 Contributed
Founder of couture clothing line, Femheka, Raxann Chin, is proud of her latest project which sees her designing the costumes for the Disney short film, 'Keeping Up With The Claus'. 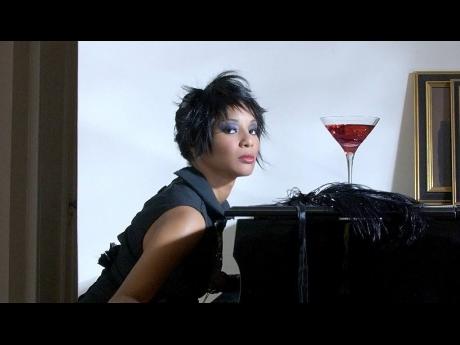 Contributed
Chin left Jamaica in 1995 to spread her wings. 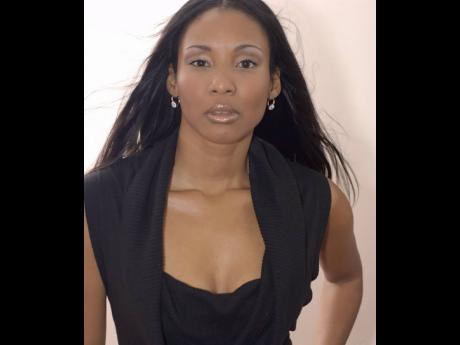 The magic of Disney and Christmas have merged seamlessly to thrust award-winning Jamaican couturier, Raxann Chin, into a mystical realm – peopled with elves and other mythical creatures – and transform one of her dreams into reality. The founder of couture clothing line, Femheka, Chin is peacock proud of her latest project which sees her designing the costumes for the Disney short film, Keeping Up With The Claus.

It comes as no surprise that Christmas is the favourite time of year for the effervescent Chin, who left Jamaica in 1995 to spread her magical wings. Prior to her segue into fashion full time, she delved into modelling, beauty contests and acting, and also enjoyed a successful career on Wall Street.

“It is totally an honour to be working with Disney,” she gushed. “I had worked with one of the producers before, and he contacted me and said ‘Raxann, please tell me that you are available,’ and then connected me to the director. You hear the word ‘Disney’, and, of course, you are available,” Chin said of this fantasy world fun project, described as “a holiday family film with a twist”.

This is her very first inanimate cast, and there is something to be said about designing cute, curly-toed shoes for elves, exquisite Cinderella-type sandals, and carefully putting together a wardrobe for a doll. Disney fan Chin, simply put, is in love.

Back to my childhood

“It brought me back to my childhood when I would make outfits for my dolls from any medium I could find,” she noted and has even taken to social media to share pictures of the doll.

With Keeping Up With The Claus now in post-production, she was wary of giving away too much information on the film, but she was eager to talk about the process, which saw her reading the script and looking for those elements that would carry the designs.

Among the stars in the Christmas film are veteran actress Margaret Ladd, best known for her role as Emma Channing in nighttime soap opera, Falcon Crest and Nadira Foster Williams, who was a lead in Renegade Darlings. It was produced by Eva Minemar and Dolores Diaz and directed by Jaanelle Yee.

Chin, who started Femheka in 2012, has previously worked her wardrobe magic in the worlds of opera (The Bare Opera Company and the International Brazilian Opera); theatre, by way of the Off-Broadway production, The Glen; film, with The Last and Unspoken, as well as television, through American Trial: The Eric Garner Story.

Surprisingly, she has not seen many of the projects she has worked on, and the reason is lack of time.

“It is a very fast-paced world with a very high demand. I have done red carpets, the Academy Awards, Grammy Awards, Cancun Festival and the Emmy Awards. I gave up a high profile job to start my business. It was a leap of faith, and I would do it all over again. ‘A work me a work, a nuh chicken me a jerk’, as we would say in Jamaica,” she laughed.

The Montego Bay-born Chin, who started modelling at age 12, entered the Miss Jamaica World contest in 1994 and has done quite a bit of runway work. A fashionista, even before the word was properly coined, she admitted that she was that girl in high school and college who was “always blending that fashion thing”. Little wonder then that, after the financial meltdown in 2008, the girl who describes her own style as “idiosyncratic” used that as a convenient reason to exchange the financial glitz of Wall Street for the glamour of high fashion.

“I used to go in my uncle’s closet and take out his shirts and make dresses. I would bleach my jeans and put paint on my sneakers. My next-door neighbour would always say, ‘This one is going to end up in fashion’. And when I called and told her that I did, she teared up,” Chin recalled.

On her fashion journey, she has provided a wardrobe and Femheka designs for some of Jamaica’s beauty queens, including Miss World runner-up, Dr Sanneta Myrie, for the Miss World pageant. However, the person she would most like to dress is Naomi Campbell, who has Jamaican roots.

“Naomi Campbell is one of my all-time favourites. I met her at her birthday party in France and she is even more gorgeous in person. I would sleep well having dressed Naomi Campbell,” Chin, who is big on “manifestations,” told The Sunday Gleaner.

She is the recipient of the Karib Nation, Inc. Caribbean Style & Culture Award of Excellence; the Young, Gifted & Black Entrepreneurial Awards Fashion Designer of the Year Award and the Jamaica Diaspora Northeast USA Future Leader Award.

Keeping Up With The Claus is scheduled for release in time for the Christmas holidays.