No inspections, action by Canadian authorities in more than half of complaints 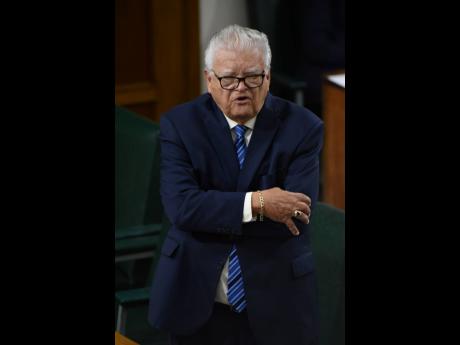 More than 2,000 complaints of abuse or breaches of employment policies have been filed against employers under the Seasonal Agricultural Work Programme, Employment and Social Development Canada (ESDC) has said. But of that figure, only 43 per cent...

More than 2,000 complaints of abuse or breaches of employment policies have been filed against employers under the Seasonal Agricultural Work Programme, Employment and Social Development Canada (ESDC) has said.

But of that figure, only 43 per cent resulted in inspections being initiated and action taken.

The complaints were filed between April and August, the ESCD said in an emailed response to The Gleaner.

Over an undeclared period, 599 employers under Canada’s Temporary Foreign Worker Program or International Mobility Program have been found to be non-compliant and have been either hit with a financial penalty or banned from hiring temporary workers for a time.

The federal government department would not comment on whether it has launched an investigation into the allegations of abuse reported by Jamaican farmworkers on the programme, citing privacy policies.

“Due to privacy considerations, Employment and Social Development Canada does not comment on its ongoing compliance activities or comment on any investigations being undertaken by other authorised partners, including those in the province,” it said.

In an open letter to Minister of Labour and Social Security Karl Samuda last month, several Jamaican farmworkers in the Niagara Region of the North American country pleaded for his intervention in the face of what they described as systemic slavery on two farms.

On Wednesday, Samuda told The Gleaner that a six-member fact-finding team will leave the island this week to investigate the conditions of workers.

The letter to Samuda was reportedly written days before 57-year-old Jamaican Gavin Yapp died in Norfolk County, southwest of Toronto.

The St James resident was killed in an accident with a tobacco harvester on August 14 at Berlo’s Best Farm in Norfolk County.

The ESDC, which falls under Carla Qualtrough, minister of employment, workforce development and disability inclusion, could not say how many workers have been seriously injured or died under the programme. The department noted that it does not track serious injuries, death, or hospitalisations which, it said, fall under the authority of provinces and territories.

“In the unfortunate event that a temporary foreign worker passes away in Canada, ESDC works with the appropriate consular officials and migrant workers support organisations to ensure that the needs of the surviving families are being addressed, that the families receive any support or benefits to which they are entitled, and that co-workers in Canada are provided with counselling support as they grieve,” it said.

“As soon as ESDC is made aware of a worker’s death, the department works closely with its provincial partners to determine next steps, including if an inspection on the employer should be initiated to verify compliance with the Temporary Foreign Worker Program,” it added.

Data sent to The Gleaner from Immigration, Refugees and Citizenship Canada show that between January and July, 9,405 Caribbean nationals were issued work permits under the farmworker programme.

Some 33,945 work permits have been issued under the programme between January and July this year and 355,065 over the past 10 years.

Twenty-five per cent, or 89,670, of those permits went to Jamaicans.

The seasonal programme consists of agreements between Canada and Mexico, as well as 11 Caribbean countries, including Anguilla, Antigua and Barbuda, Barbados, Dominica, Grenada, Montserrat, St Kitts-Nevis, St Lucia, St Vincent and the Grenadines, and Trinidad and Tobago.

In a statement to The Gleaner, Qualtrough’s office said that the mistreatment or abuse of temporary foreign workers is unacceptable.

“The experiences detailed in this letter are disturbing, inhumane, and in violation of the regulations of this programme. ESDC officials are in communication with the provincial government, who oversees investigations into workplace complaints, on this matter,” the statement said.

“... We know there is more work to do. We will keep investing in supports, holding non-compliant employers accountable, and improving the regulations which underpin this programme. The future of the programme depends on the health and safety of workers and the compliance of employers who participate in it.”