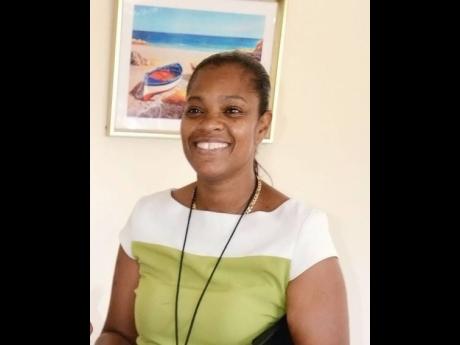 Fraud and corruption charges against Kim Brown-Lawrence, councillor for the Brown’s Town division in the St Ann Municipal Corporation, have not immediately disqualified her candidacy for the ruling Jamaica Labour Party (JLP) as it fine-tunes...

Fraud and corruption charges against Kim Brown-Lawrence, councillor for the Brown’s Town division in the St Ann Municipal Corporation, have not immediately disqualified her candidacy for the ruling Jamaica Labour Party (JLP) as it fine-tunes preparation for local government elections due by February.

A high-ranking organiser in the JLP’s Area Council Three, which includes St Ann, revealed that Brown-Lawrence had not been struck from the slate of more than 200 candidates expected to contest the election for the party.

“There are a number of seats per area council that are under review that have been reported to party central. Based on her situation, her seat remains under review,” the organiser, who spoke with The Gleaner but did not wish to be identified, confirmed on Wednesday.

The final decision to deny her candidacy rests with the operational council of the party.

JLP General Secretary Dr Horace Chang could not be reached for comment on Wednesday. Calls to his cell phone went unanswered.

Brown-Lawrence’s division is one of 12 under review by the JLP. Others, The Gleaner can confirm, include the St Ann’s Bay, and Mona divisions.

“It would be most unfortunate if she were to be allowed to run in the upcoming local government elections with this particular sword of Damocles hanging over her head,” Smith contended.

Brown-Lawrence was arrested following a predawn raid on her home in the division in October 2019. She was charged alongside former Education Minister Ruel Reid; Caribbean Maritime University (CMU) president, Professor Fritz Pinnock; Reid’s wife Sharen; and their daughter Sharelle.

The accused were arrested for allegedly defrauding the Ministry of Education and the CMU of millions of dollars.

Smith said that on a matter of principle, Brown-Lawrence ought to withdraw her candidacy and await the outcome of the case.

“To do otherwise would be to fly in the face of probity and integrity,” he said.

Noting the slippage of the JLP’s approval rating in the recent Don Anderson opinion poll commissioned by the RJRGLEANER Group, Smith said the governing party, which has been rocked by several scandals and allegations of corruption, should steer clear of further battering.

He said self-assessment by Brown-Lawrence should result in her withholding herself from representational politics.

His view was supported by former mayor of Montego Bay, Shalman Scott, who said that the blowback for the JLP could be astronomical.

Scott, a former JLP councillor for the Rose Hall division in St James, said Brown-Lawrence’s political future is tied to the outcome of the court case, which is yet to get under way in the Kingston and St Andrew Parish Court.

The political commentator said her candidacy is likely to provide ammunition for the Opposition PNP, desperate to find its footing after successive defeats at the polls and a slump in its favourability ratings.

Scott said Brown-Lawrence’s victory over the PNP’s Delroy Redway five years ago, when she polled 1,133 votes to his 997, should not account for much in the party’s final decision.

“It is a very serious matter. And that it involves the whole Ruel Reid saga is not good. What she needs to do is to use her time, instead of focusing on politics and re-election, to make sure that she gives herself the best opportunity to be extricated,” Scott said.