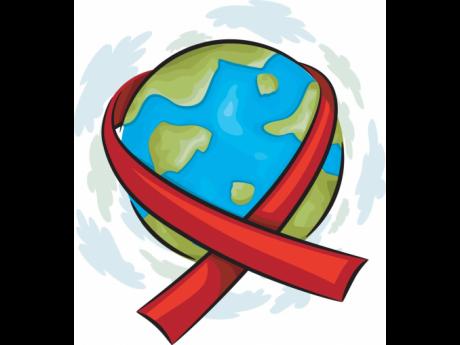 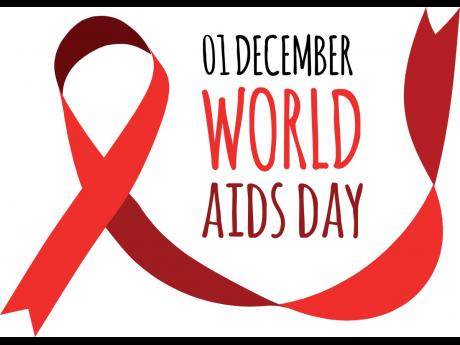 World AIDS Day is observed on December 1 each year. It is an opportunity for people worldwide to unite in the fight against HIV, to show support for people living with HIV, and to remember those who have died from an AIDS-related illness. Founded in 1988, World AIDS Day was the first-ever global health day.

This World AIDS Day, UNAIDS is highlighting the urgent need to end the inequalities that drive AIDS and other pandemics around the world. Without bold action against inequalities, the world risks missing the targets to end AIDS by 2030, as well as a prolonged COVID-19 pandemic and a spiralling social and economic crisis.

Forty years since the first AIDS cases were reported, HIV still threatens the world. Today, the world is off track from delivering on the shared commitment to end AIDS by 2030 not because of a lack of knowledge or tools to beat AIDS, but because of structural inequalities that obstruct proven solutions to HIV prevention and treatment.

There has been much progress in preventing and treating HIV domestically and globally. Scientific discovery has yielded HIV advances that were unavailable and even unimaginable just a decade ago, supported by people with lived experience, communities affected by HIV, and cooperation among governments, private companies, and academic and research institutions.

There have been new discoveries and innovations in HIV research, prevention, care, and treatment. Important steps have been taken in addressing HIV stigma in communities and health care systems.

Despite this tremendous progress, the COVID-19 pandemic has threatened hard-won gains. HIV remains a threat domestically and globally, with certain populations and regions of the country and the world bearing most of the burden and persistent inequities serving as critical barriers signalling where additional efforts must be focused.

This includes concerted efforts to reach key affected populations, such as gay, bisexual, and other men who have sex with men; racial and ethnic minorities, especially Black/African Americans and Hispanics/Latinos; cisgender and transgender women and girls; the LGBTQI+ community; those who use drugs; and other marginalised populations.

Critically, people with lived experience are valued and at the centre of the planning, development, and implementation of efforts to alleviate the disease.

The human immunodeficiency virus (HIV) targets the immune system and weakens people’s defence against many infections and some types of cancer that people with healthy immune systems can fight off. As the virus destroys and impairs the function of immune cells, infected individuals gradually become immunodeficient.

The most advanced stage of HIV infection is acquired immunodeficiency syndrome (AIDS), which can take many years to develop if not treated, depending on the individual. AIDS is defined by the development of certain cancers, infections or other severe long-term clinical manifestations.

SYMPTOMS VARY DEPENDING ON STAGE

The symptoms of HIV vary depending on the stage of infection. Though people living with HIV tend to be most infectious in the first few months after being infected, many are unaware of their status until the later stages. In the first few weeks after initial infection people may experience no symptoms or an influenza-like illness including fever, headache, rash or sore throat.

As the infection progressively weakens the immune system, they can develop other signs and symptoms, such as swollen lymph nodes, weight loss, fever, diarrhoea and cough. Without treatment, they could also develop severe illnesses such as tuberculosis (TB), cryptococcal meningitis, severe bacterial infections, and cancers such as lymphomas and Kaposi’s sarcoma.

HIV can be transmitted via the exchange of a variety of body fluids from infected people, such as blood, breast milk, semen and vaginal secretions. HIV can also be transmitted from a mother to her child during pregnancy and delivery. Individuals cannot become infected through ordinary day-to-day contact such as kissing, hugging, shaking hands, or sharing personal objects, food or water.

HIV can be diagnosed through rapid diagnostic tests that provide same-day results. This greatly facilitates early diagnosis and linkage with treatment and care. People can also use HIV self-tests to test themselves. However, no single test can provide a full HIV diagnosis; confirmatory testing is required, conducted by a qualified and trained health worker at a doctor’s office or clinic.

Following a positive diagnosis, people should be retested before they are enrolled in treatment and care to rule out any potential testing or reporting error. Notably, once a person diagnosed with HIV and has started treatment they should not be retested.

HIV disease can be managed by treatment regimens composed of a combination of three or more antiretroviral (ARV) drugs. Current antiretroviral therapy (ART) does not cure HIV infection but highly suppresses viral replication within a person’s body and allows an individual’s immune system recovery to strengthen and regain the capacity to fight off opportunistic infections and some cancers.

The theme of World AIDS Day 2021 is ‘End inequalities. End AIDS’. With a special focus on reaching people left behind, the World Health Organization (WHO) and its partners are highlighting the growing inequalities in access to essential HIV services.

The WHO is calling on global leaders and citizens to rally to confront the inequalities that drive AIDS and to reach people who are currently not receiving essential HIV services.

Behaviours and conditions that put individuals at greater risk of contracting HIV include:

• having another sexually transmitted infection (STI) such as syphilis, herpes, chlamydia, gonorrhoea and bacterial vaginosis;

Individuals can reduce the risk of HIV infection by limiting exposure to risk factors. Key approaches for HIV prevention, which are often used in combination, include:

• Male and female condom use;

• Testing and counselling for HIV and STIs;

• Testing and counselling for linkages to tuberculosis (TB) care;

• Use of antiretroviral drugs (ARVs) for prevention;

• Harm reduction for people who inject and use drugs; and