Eradicating the other pandemic: Gender-based violence 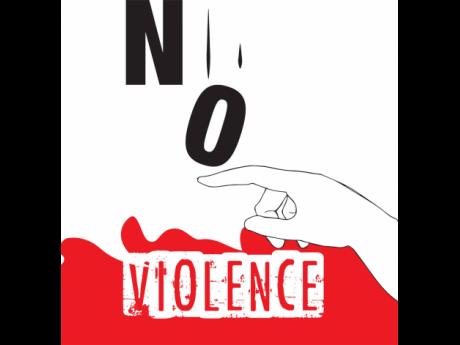 A “PANDEMIC that affects one in three women in their lifetime”. That’s how the World Bank defines gender-based violence.

Taking a closer look home, the Jamaica Women’s Health Survey (JWHS) 2016 revealed that more than one in every four women in the country has experienced intimate- partner physical and sexual violence in their lifetime. Too many of our women are suffering in silence or crippled by fear to walk away from what the UN Women defines as “harmful acts directed at an individual or a group of individuals based on their gender ... rooted in gender inequality, the abuse of power and harmful norms”. It is high time everyone - government, institutions, individuals - expedite the implementation of solutions that have been repeatedly identified by research to end this other pandemic.

So, what’s the fuss about highlighting the plight of females in these situations as a public health issue? Although men and boys are affected by gender-based violence, women and girls are disproportionately affected. In a recent Fact Sheet, the World Health Organization (WHO) noted that 30 per cent of women worldwide have experienced physical and/or sexual violence by an intimate partner, or non-partner sexual violence, or both; and as many as 38 per cent of murders of women are committed by an intimate partner. The women affected by these events may have long- or short-term physical and mental health problems, which may require treatment or cause death. That’s one reason gender-based violence, specifically violence against women, is considered a major public health concern.

According to the Pan American Health Organization (PAHO), intimate-partner violence (IPV) is the most common form of violence against women. In its 2019 report on the issue in Latin American and Caribbean countries, PAHO found that a large number of women who experienced IPV reported physical and mental health issues. These included physical injuries, chronic pain, anxiety, depression, and suicidal thoughts.

Lower levels of education and access to paid employment, a history of exposure to child abuse, and witnessing family violence have been listed by the WHO as some of the risk factors for intimate-partner violence.

Especially now, lockdowns during the COVID-19 pandemic and its social and economic impacts have increased the exposure of women to abusive partners and known risk factors, while limiting their access to services. But, there are solutions. Research has shown that prevention and response to violence against women requires a multisectoral approach. But, the health sector has a particularly important role to play and according to the WHO, there are some initiatives the sector, globally, can implement. These include:

Advocacy for violence against women to be highlighted as unacceptable and a public health problem.

Provide comprehensive services, sensitise and train healthcare providers in responding to the needs of victims.

Prevent recurrence through early identification of women and children who are experiencing violence, and providing appropriate referral and support.

Generate evidence on what works.

Individuals can also help end the cycle of violence against women and girls. The list of recommendations by UN Women includes listening to, believing and supporting women who are victims, instead of casting blame and shame. This can encourage them to speak up about their abuse and potentially empower them to seek help. The organisation also encourages adults to teach children from an early age about respecting human rights, gender roles, the importance of consent, and encouraging a culture of acceptance.

Intimate-partner violence is preventable, but there is a need for greater and more sustained investment in evidence-based violence prevention and response. For example, PAHO highlighted that more research is needed to understand the impact of IPV across different age groups and among specific groups of women, including older women and those with disabilities. Nonetheless, we have enough evidence to push forward towards ending the gender-based violence pandemic.

Public Health Media Limited is a creative agency with a mission to produce public health content and evidence-based campaigns to help people make informed choices about their health and environment. It is the creator of the video series, The PH . Check out Season 1 on YouTube: UCzh4BunFsMqBmt-ZAWV66gA, starting tomorrow. Email: tellus@gettheph.com