Drug abuse: Don't get caught in the mix 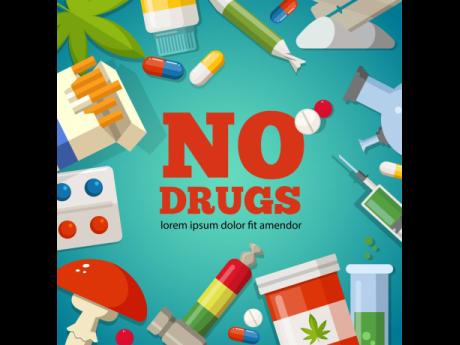 Addiction is a disease that affects your brain and behaviour. When you are addicted to drugs, you cannot resist the urge to use them, no matter how much harm the drugs may cause. The earlier you get treatment for drug addiction, the more likely you are to avoid some of the more dire consequences of the disease.

At first, you may choose to take a drug because you like the way it makes you feel. You may think you can control how much and how often you use it. But over time, drugs change how your brain works. These physical changes can last a long time. They make you lose control and can lead to damaging behaviours.

Drug abuse is when you use legal or illegal substances in ways you should not. You might take more than the regular dose of pills or use someone else’s prescription. You may abuse drugs to feel good, ease stress, or avoid reality. But usually, you are able to change your unhealthy habits or stop using altogether.

Addiction is when you cannot stop, even when it puts your health in danger or when it causes financial, emotional, and other problems for you or your loved ones. That urge to get and use drugs can fill up every minute of the day, even if you want to quit.

According to the World Health Organization (WHO), there are over 190 million drug users around the world and the problem has been increasing at alarming rates, especially among young adults under the age of 30.

DRUGS OF ABUSE FALL INTO THREE GROUPS AND THESE INCLUDE:

• DEPRESSANTS: These cause depression of the brain's faculties and examples include sleeping pills (barbiturates) and heroin.

• STIMULANTS: These cause stimulation of the brain, giving rise to alertness and increased bursts of activity. A rapid heart rate, dilated pupils, raised blood pressure, nausea or vomiting and behavioural changes such as agitation, and impaired judgement may also result. In severe cases, there may be delusional psychosis which can occur with the use of cocaine and amphetamines.

• HALLUCINOGENS: These cause hallucinations and an ‘out of this world’ feeling of dissociation from oneself. Hallucinogens may cause distorted sensory perception, delusion, paranoia and even depression. Examples include ecstasy, mescaline and LSD.

SYMPTOMS AND CONSEQUENCES OF DRUG ABUSE:

• Failure to fulfil one’s responsibilities (e.g., as a parent, spouse or student);

• Taking risks such as driving under the influence of drugs or alcohol;

• Encounters with the law and criminal activities both as a result of drug side effects and as a means of securing funds to feed the addiction;

• Absence from work or school;

• Development of tolerance or the need for a higher dose of the drug than before to achieve the same degree of pleasurable sensation;

• Telltale injection marks among needle users. People who snort or inhale the drug may have a damaged mucosal lining in the nose;

• Lack of hygiene may be evident in addicts whose preoccupation with a drug has led to neglect of hygiene;

• Transmission of blood-borne viral infections such as HIV, Hepatitis B and C, as well as sexually transmitted infections due to risky sexual behaviour while under the influence of a substance.

HOW DO YOU GET HELP FOR DRUG MISUSE, ABUSE AND ADDICTION?

Since drug misuse is not a disorder, a simple reprimand may help remedy the issue. However, repeated drug misuse can easily escalate to drug abuse and eventually addiction. This is because it can lead to increased drug tolerance then drug dependency where cognitive, behavioural, and physiological problems develop.

In drug abuse cases, an honest conversation about drug abuse and its consequences can inspire a person to change since they still have control over their behaviour. It is important though that they understand all the psychological, social, legal, mental, and spiritual repercussions of substance abuse.

On the other hand, willpower is not enough to change the behaviour of a person with a drug addiction, as their bodies are already chemically dependent on a substance, they would need pharmacotherapy. The process usually starts with a medically supervised detoxification period to manage the symptoms of drug withdrawal.

A mental health professional then works with the patient to tailor a recovery plan towards sobriety. This plan may involve regular attendance at support group meetings and follow-up therapy sessions to ensure that the patient has the tools and techniques to help them maintain a happy and healthy lifestyle.

Additional medical care, which may include vocational training and other resources that address problems associated with chronic drug abuse, such as mental health conditions, unemployment, and medical conditions.