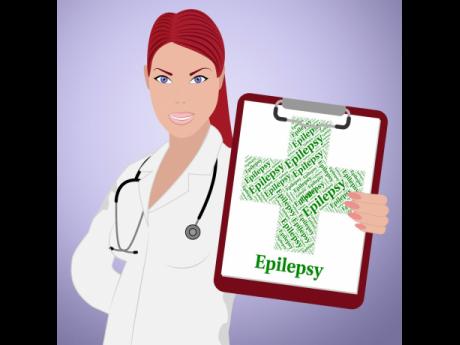 EPILEPSY IS a central nervous system, neurological disorder in which brain activity becomes abnormal, causing seizures or periods of unusual behaviour, sensations and sometimes loss of awareness. Anyone can develop epilepsy and it affects both males and females of all races, ethnic backgrounds and ages.

November is National Epilepsy Awareness Month. Epilepsy affects approximately 3.4 million people in the United States, and one out of 26 people will develop epilepsy during their life. The World Health Organization (WHO) also states there are around 50 million people living with epilepsy globally.

It is vital to promote the diagnosis of this condition in order to alleviate seizures and their impact, improve quality of life, and even prevent death.

Dr Dwaine Cooke, neurosurgeon and fellowship trained epilepsy surgeon, said a seizure happens when there is repeated abnormal bursts of electrical discharges from the brain’s nerve endings. This, he said, may cause excessive or loss of movement or a sensory or mental dysfunction.

“Seizure symptoms can vary widely. Some people with epilepsy simply stare blankly for a few seconds during a seizure, while others repeatedly twitch their arms or legs. Having a single seizure doesn’t mean you have epilepsy. At least two seizures without a known trigger unprovoked seizures that happen at least 24 hours apart are generally required for an epilepsy diagnosis,” Dr Cooke said.

The symptoms of a seizure, he said, depends on the area of the brain where it starts and where it spreads and are usually temporary. As epilepsy is caused by abnormal activity in the brain, seizures can affect any process your brain coordinates.

Symptoms also vary depending on the type of seizure. In most cases, a person with epilepsy will tend to have the same type of seizure each time, so the symptoms will be similar from episode to episode. Doctors generally classify seizures as either focal or generalised, based on how and where the abnormal brain activity begins.

HOW TO MAKE A DIAGNOSIS?

In order to diagnose an individual, an electroencephalogram (EEG) test must be done. The EEG will identify the type and location of a seizure in the brain, and the specific medication needed as there is currently no cure for the disease.

If you are with someone that you think is having a simple partial seizure, there are some steps you should take. Many times, these small seizures are a warning that a bigger seizure is coming.

First, you can help the person find a place to sit or lie down that is safe. It should be away from anything that may hurt them if and when a larger seizure occurs. A person having a simple partial seizure will usually be aware and able to act, speak, and function, so you should always ask them how you can help them or what they need.

“During a seizure, turn the individual on their side to allow for any secretions to drain. Do not put anything in the person’s mouth or over the face. If the seizures last more than five minutes, transport the patient to the nearest hospital. At the hospital, individuals are stabilised and given medications to abort the seizures,” Dr Cooke said.

“Afterwards, individuals may require consultations with specialists, including but not limited to, neurologist, neurosurgeon, neuropsychiatrist/psychologist,” he added.

According to Dr Cooke, persons with epilepsy may be affected by physical injuries arising from the seizure activity, including dislocated joints, fractured limbs, bruises or even burns.

“Additionally, individuals are affected by anxiety, or depression. Most significantly, persons with epilepsy are at increased risk of SUDEP (sudden unexplained death in epilepsy). This happens when a person with epilepsy dies without warning, and a cause of death is not identified following a post-mortem,” he said.

Treatment with medications or sometimes surgery can control seizures for the majority of people with epilepsy. Some people require lifelong treatment to control seizures, but for others, the seizures eventually go away. Some children with epilepsy may also outgrow the condition with age. More than 70 per cent of individuals with epilepsy, Dr Cooke said, are well controlled with anti-seizure medications. “Like any chronic illness, individuals can live a normal and productive life. For some individuals with epilepsy, medications alone may not be enough, and so surgical treatment may be considered. Persons have gone on to be free of seizures and have been considered for possible withdrawal of anti-seizure medications,” Dr Cooke said.

Some people with epilepsy turn to natural treatments and alternative therapies to help relieve their symptoms or complement their treatments. From herbs and vitamins to biofeedback and acupuncture, there are a number to choose from.

Working with a doctor to discover the right treatments for you can help you assess the potential benefits and risks, as well as let them advise on next steps.