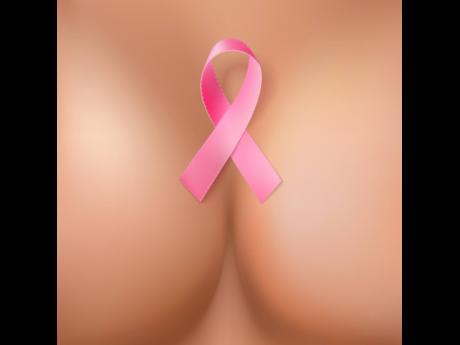 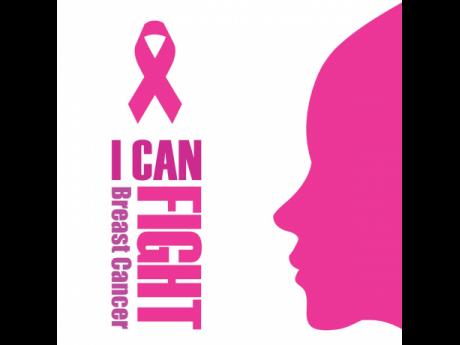 Breast cancer is an abnormal and uncontrollable growth of the tissues of the breast that uses up the body’s nutrients, produces chemicals that can cause dysfunction of the body and by spreading to vital organs causes failure of these organs and eventually death of the individual.

According to Professor Joseph Plummer, head of the Department of Surgery, Radiology, Anaesthesia and Intensive Care, at the University of the West Indies, Mona Campus, once the patient is diagnosed early, more than 90 per cent are alive and well after five years. This figure, he said, falls down to about 25 per cent who are still alive at five years after diagnosis of spread of cancer.

“With more drug treatment options, we are actually seeing more women living longer even though they have evidence of spread,” Professor Plummer said.

According to Professor Plummer, mammograms allow for the early detection of breast cancer or even precancerous lesions. “Early detection of these lesions can be treated for cure without the need for expensive treatment and with lots of side effects, including chemotherapy. Sometimes a mammogram can be complemented with an ultrasound or even a MRI, but it does not replace the mammogram,” he said.

Early detection, he said, is important because most patients with breast cancer are without any symptoms, hence the importance of screening using mammograms.

Professor Plummer said the most common risk factor is just being a woman who is alive. “There is about 1 in 20 chance of being diagnosed with breast cancer in Jamaica but in the United States it is closer to 1 in 8. Other important risk factors are positive family history, especially in female first-degree relatives,” he said.

“There are certain genes that you inherit that significantly increase your risk, but importantly now, we can detect these genes in family members and put measures in place to significantly reduce the risk of ever getting breast cancer. Other risk factors include food high in fats, poor fibre and smoking,” Professor Plummer said.

The most common form of treatment for breast cancer is surgery. This involves removing the tumour and nearby margins. Surgical options may include a lumpectomy, partial mastectomy, radical mastectomy, and reconstruction.

“Breast cancer is treated with a combination of surgery, chemotherapy, radiotherapy and hormonal therapy. Surgery usually involves partial or complete removal of the breast. Usually, the patient is also seen by a plastic surgeon to consider reconstruction of the breast. This sometimes can be done using tissues from the abdominal fat and has the advantage as it also give the woman a ‘tummy tuck’ at the same time,” Professor Plummer said.

Breast cancer is the most common cancer seen in women in Jamaica, and the most common cause of cancer-related deaths. As a result, its treatment, according to Professor Plummer, takes up a big portion of the health budget directly and indirectly.

“There are increasing cases in younger women so indirectly it affects the economy by removing some women out of the productive workforce, even if temporarily,” he said.

It is also important to note that breast cancer occurs in men. Breast cancer in men is uncommon and less than one per cent of breast cancer occur in men.“It is always diagnosed late and with a poorer prognosis compared to women as there are delays on both the part of the patient and the doctor. A man of age should never ignore a lump in the breast, especially when it is affecting only one side. It should be seen by a doctor and biopsied,” Professor Plummer said.