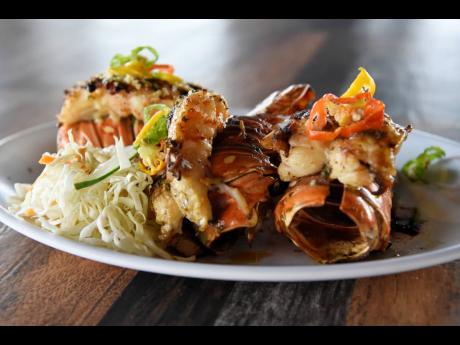 Nicholas Nunes/Photographer
One of Offshore Seafood Lounge’s main dishes, the grilled lobster served with fried bammies and a side of raw vegetables. 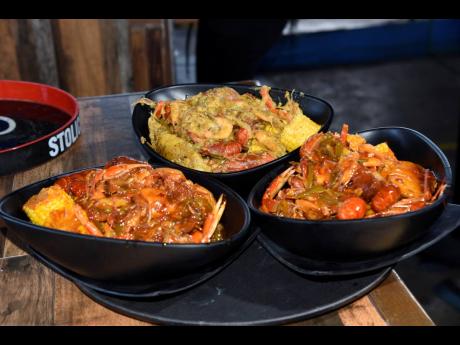 Nicholas Nunes/Photographer
The seafood boil is a menu favourite. 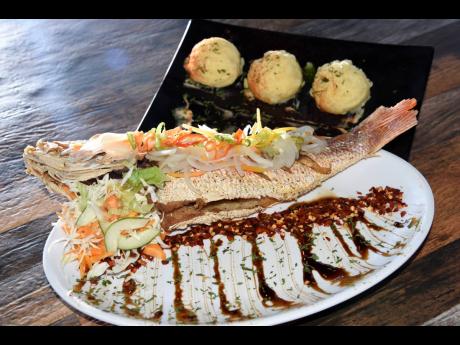 Nicholas Nunes/Photographer
Another highly praised menu item for Offshore Seafood Lounge is the escoveitched fish, with a side of raw vegetables and mashed potatoes. 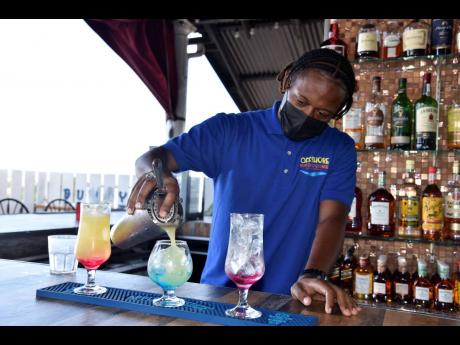 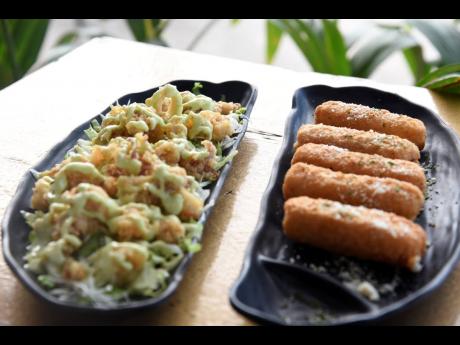 Nicholas Nunes/Photographer
A serving of calamari and mozzarella sticks. 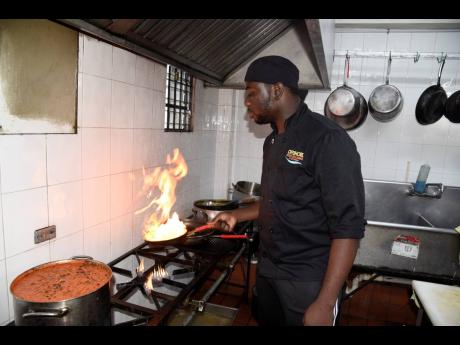 Nicholas Nunes/Photographer
Chef Kimar Lafayette shows what it takes to prepare a lobster dish in the kitchen at Offshore Seafood Lounge. 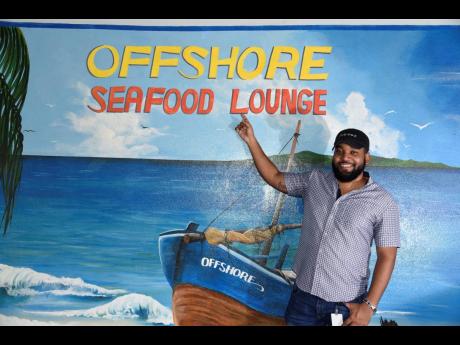 Dominic Chin-Sang was inspired by his father and grandfather, who were both restaurant owners, and his love for seafood, to open Offshore Seafood Lounge on Constant Spring Road. He told Food that he grew up being in a kitchen, so opening the restaurant, which celebrated its first anniversary this year, felt like a natural step for him. And with what he deemed as a lack of seafood in Kingston, his focus was set.

Growing up in a family of business people and owning businesses himself, Chin-Sang was not new to entrepreneurship. He was, however, new to owning a restaurant. “People say we [are] crazy to open in the middle of COVID, but we did it and we here now, one year later,” he shared.

Offshore Seafood Lounge launched four months into the COVID-19 pandemic, and while many businesses experienced difficulty during this period, Chin-Sang said he has this same pandemic to thank for giving the eatery the jump-start it needed. “It’s been all growth, and I expect it to continue as long as we’re able to do that,” he said.

The location at 99 Constant Spring Road, was one which Chin-Sang believed worked in their favour because of the open air, with it being on the roof. He shared that his main focus was to have a restaurant filled with a great vibe, a place where you can go and have a great time with your family. The name, Offshore, came from the fact that he wanted to bring the Hellshire atmosphere to Kingston, but with no sea here, the name Offshore was a great fit. “I wanted it more traditional, similar to what we’d expect like when I was growing up. I use to go to Hellshire to eat fish and lobster, that’s the kind of vibe I wanted to bring in town,” he said.

While curfews and restrictions have at times proved difficult, Offshore is continuing to adjust its sails. “It’s really hard with the 8 p.m. curfew because, as you know, a lot of my crowd is mainly evening hours; and by the time people leave work, fight the traffic and to come here to reach home by 8 p.m., it really leaves no time to really sit down and have a meal and drink. It’s taken a toll on a lot of businesses, not only mine, but we have to see how best we can cope with it,” said Chin-Sang.

The restaurant is not only about food; it also ensures there is entertainment for the patrons. On special days, such as Tuesdays, there is karaoke. On Saturdays, specials and beer deals are available.