The pandemic has put a damper on business

But Miss Belinda’s still going with the flow 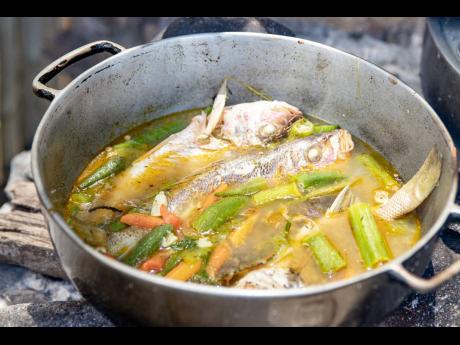 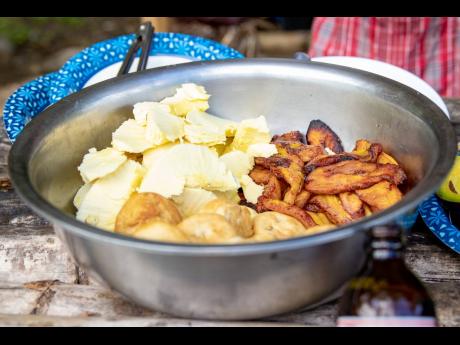 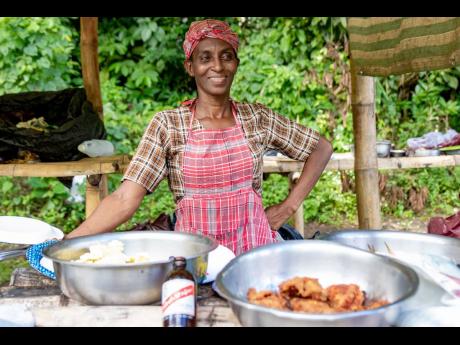 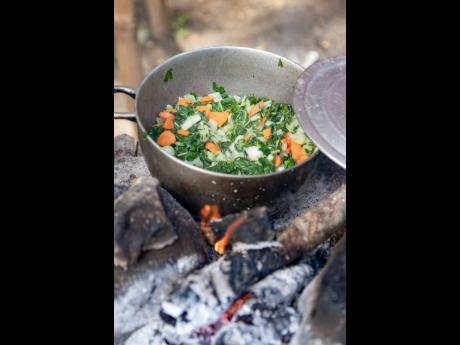 Contributed
‘Love, patience and effort,’ Miss Belinda shares, are the qualities she possesses in order to deliver her remarkable meals, including this pot of pak choi and carrots slow-cooked on a wooden flame. 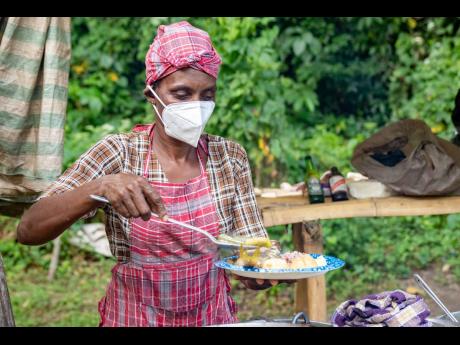 Contributed
Miss Belinda serves up a tasty steamed fish meal to visitors at Miss Belinda’s Riverside Restaurant in Portland, something she has done for over 20 years.
1
2
3
4
5

Known to many for her delectable dishes, the popular Miss Belinda’s is a go-to stop for anyone rafting on the Rio Grande in Portland. One fork full of whatever Miss Belinda has in her pot, and you will be wondering how you ever survived without her cooking. Indeed, people from near and far make daily treks to her cookshop on the riverside of the famous Rio Grande to feast on whatever is the meal of the day. Needless to say, they are never disappointed.

A good cook and conversationalist, Belinda Gray, known to many as ‘Miss Belinda’, is a culinary queen who has been cooking since ‘har eye deh ah har knee’ and has honed her skills to the point where even the most refined visitor will lick all ten of their fingers. To hear her tell it, cooking is part of her DNA as her mother started her business in the late 1970s, and so she continues in her footsteps. “She started off boiling corn, and then persons encouraged her to start cooking food. She started with one chicken and a little rice, mainly catering to tourists and rafters,” Gray explained, adding that though she would help her mother, she was not interested in running the business. That all changed in 1998 when her mother’s health declined, and Gray decided that whatever other challenges existed in the world, people must be able to count on the provision of quality food.

And the challenges, she said, have been several over the years, from no customers to those who want the food but have no money, to cooking a lot of food and not having enough sales, forcing her to give away the rest, as she didn’t believe in making good food go to waste. Even during slow sales, she was determined to keep going, especially since she had a good friend who sold souvenirs and drinks to encourage her to show off her meal mastery, even if initially few people were coming to sample what was being offered. Some two years later, things turned around for the better. “Soon, I knew when to come and when not to. After a while, people came to know I was here, and then they would go and tell others,” she shared.

From flavourful Jamaican staples to special requests, people began pouring in as her passion for turning typical home meals into extraordinary dishes made her renowned in Portland and adjoining parishes. From early in the morning, you can smell the aroma from her pots long before you get to the location. “Sometimes people are here before I start to make the fire, and they would wait on me until it is time for me to cook. I close when the guests stop coming, so sometimes, I’d be going home at dusk, and people still want food,” Gray noted with pride.

People, she said, are always eager to grab some seafood, a cold drink and enjoy the scenery and the ambience, basking in a lazy day spent among good, honest everyday Jamaicans who know how to crack a joke and have fun whether their pockets are full or not. That is just the energy that made her cookshop and all that it has to offer a natural fit for Red Stripe to incorporate into the brand’s ‘Yaad Vibes’ Promotion as what better way to celebrate all things authentically Jamaican than with a cold brew and a hot plate of sumptuous food. During the peak of the beer company’s ‘Refresh Yuh Summa’ promotion, lucky winners got to see a different side of Jamaica by rafting along the Rio Grande, with the highlight of the journey being a stop at Miss Belinda’s for a hearty and leisurely lunch. Good food, cool breeze, cold brews and picturesque views are indeed the stuff that good memories are made of.

The pandemic, she noted, has understandably put quite a damper on business but even with fewer customers now, just like the river, she is going with the flow. “I just work with it. I have no plans for stopping. I have three children, all boys. At times they would come and help out, but it is my eldest son who comes the most because he has always had an interest in cooking and even wants to open his own restaurant.” Who knows, maybe another generation will eventually join the family business along the long, lush and lazy Rio Grande.