Anthony Clayton | Jamaica in 2050 Part 6: The future of work 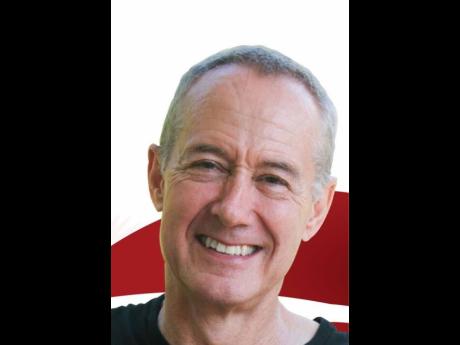 Automation could rapidly replace not just routine tasks but many skilled processes, even in areas such as medicine, law and finance. Additive manufacturing could replace factories, construction workers and architects.
1
2

This is the sixth in a series of eight articles looking at the ways that the world will change between now and 2050 and analysing the implications for Jamaica’s future.

The first article in this series suggested that the reforms needed to avert climate change would not only help to solve the threat, they could also lead to an era of unprecedented prosperity, and that the countries that master the relevant technologies and strategies will be the ones that survive and prosper in the years ahead. The following articles looked at the way that countries can restructure their economies by rethinking their cities, buildings, transport, food and water systems. This article will look at how the automation of work will change the world.

For much of the last 10,000 years, most of humanity has worked in subsistence agriculture, because low productivity made it impossible to generate a sufficient surplus to support a large number of people in other sectors. A large modern economy such as the United States, however, now has less than 0.5 per cent of its workforce in agriculture. Mechanisation has replaced labour, which has generated enormous agricultural surpluses, allowed almost the entire workforce to migrate from the land into other forms of employment, and thereby created a vast amount of additional wealth.

To date, the process of innovation and technological development has created far more jobs than it has destroyed. There is no fixed amount of labour in any economy, as people have always found new ways to add value, and create goods and services for which there is a demand. What is changing, however, is the speed of change itself. The automation of primary industries such as agriculture happened over many generations, the automation of secondary industry happened within one or two generations, and neither process is yet complete. However, the next wave of automation could replace most existing jobs within just one or two decades. The McKinsey Global Institute estimates that artificial intelligence is now driving a transformation of social and economic systems that is happening 10 times faster and at 300 times the scale of the first Industrial Revolution.

The cost savings will be dramatic. The Bank of America Merrill Lynch predicted that by 2025 the annual savings from the replacement of employees by artificial intelligence will reach US$9 trillion, with an additional cost reduction of US$8 trillion from efficiency gains in manufacturing and healthcare, and a further US$2 trillion in efficiency gains from the deployment of self-driving cars and drones. Automation could rapidly replace not just routine tasks but many skilled processes, even in areas such as medicine, law and finance. Additive manufacturing could replace factories, construction workers and architects. Online courses could allow universities to operate with far fewer teaching staff, while online services could allow governments to operate with a much smaller civil service. Many low-paid jobs will be vulnerable; as a former CEO of McDonald’s pointed out recently, it is now cheaper to buy a $35,000 robotic arm than it is to have an employee making $15 an hour bagging French fries. One recent estimate suggested that almost half of the current jobs in the USA could now be automated.

In previous waves of technological change, jobs were created in new sectors of the economy at a pace that could absorb much of the labour that was being displaced. The next wave will be too swift to allow an easy transition for most of the current workforce. As tasks have been automated, many of the people that used to do those tasks did not move into more highly skilled jobs but into lower-paid work, mainly because they did not have the training to make the transition to a job at the same rate of pay. This suggests that the education system is lagging behind the trend and failing to give people the skills sets and adaptability that are now required. Demand is growing for highly skilled, highly educated workers, but declining for those with low to moderate levels of education, which means that these people are more likely to be displaced downwards or out of the formal economy entirely. For some the future will involve doing work that is interesting and fulfilling, using machines to enhance and extend their skills, but for those that are not well placed to make this transition, the future may look bleak. It will become necessary to develop new forms of economic activity or else face the risk of rising unemployment, increasing inequality, social dislocation and civil unrest.

As middle management roles disappear, many more will have to make a difficult transition. Some will migrate successfully into the people-oriented, skills-based networked economy, but many will fall back into less well-paid jobs. The people most likely to succeed will be those who are flexible, adaptable and creative, and who can work well in a diverse organisation with a flatter structure. Many will work from home on multiple projects with different teams and companies. This will increase the importance of collaborative working and professional networks. It will also flatten the hierarchies in organisations, as many people doing high-value work in the economy will no longer have a boss or supervisor. Traditional ideas of promotion will also disappear, as status and reward will be determined by the strength of the influence that people have in their networks, not by progress up an increasingly slender management ladder.

Developing countries will be profoundly affected, as almost 90% of the 400 million jobs in low-income countries could potentially be automated. This means that the path to growth which involved moving workers from agriculture to more productive jobs in factories may not be available to today’s low-income countries.

Countries like Jamaica will have to make a stronger commitment to human capital development, as skilled jobs are less susceptible to automation, but this requires a coherent strategy for change; there is no point in investing in skills in an area that is about to become redundant. The challenge, therefore, is to identify new growth areas, to develop the research, education and training programmes needed to prepare a generation for new modes and models of work, and to create environments that will attract an increasingly mobile, skills-based, networked workforce.