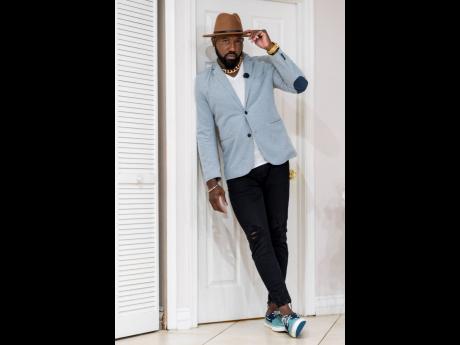 Contributed
Da’Ville plans to release his seventh studio album in the summer. 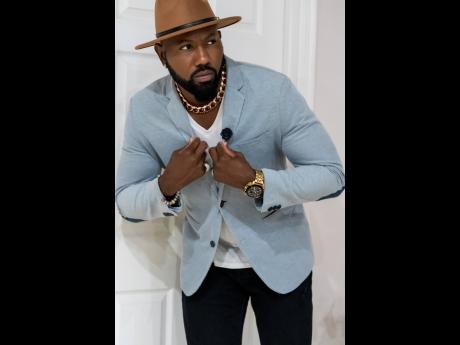 Contributed
Da’Ville is 100 per cent an independent artiste.
1
2

Singer, songwriter, and producer Da’Ville is evolving and is more driven than he ever was when he first journeyed into the world of music.

Da’Ville, who celebrates his 47th birthday today, told The Gleaner that now is the time he should have been recording the songs that gave him his breakthrough in the early 2000s, as he now possesses an obviously deeper voice.

“I sound way better now,” he joked. “Honestly, I should have been singing Always On My Mind with this voice. I actually re-recorded the track recently, and I’m in the process of doing the same with Can’t Get Over You and doing an anniversary album.”

His 2007 album, On My Mind, would have marked 15 years since its release last year, but the artiste has been busy with touring and compiling songs for another compilation he had hoped would have been ready for 2022. He released the singles Happy and Everytime It Rains, a reggae rendition of the 1998 hit single by Swedish pop group Ace of Base. It will be Da’Ville’s seventh album.

“Things never panned out the way I wanted them to, but I am planning to have the album drop before summer 2023. This new album is bringing growth and authenticity as the musically evolved singer that I am. People have heard Da’Ville over the years, but this will show how far I have come and have transcended through the music. It is a different energy, with roots reggae and island reggae vibe mixed in with soul and a little Afrobeats,” he said.

“As for the anniversary album, it is currently an idea I have, and we have a few more years to 2027, when it will be 20 years since the release of On My Mind, though I am not sure I can wait until then, but I’ll figure something out.”

Da’Ville is enjoying independence since establishing his label, Global Merchant Music. He was previously signed to Penthouse Records and managed by Donovan Germain, and also VP Records, and over the years, because of his vocal capabilities, worked with several producers locally and internationally.

He shared: “Some persons still think I am signed to VP, but I am not. I’m 100 per cent an independent artiste. I have learnt so much about the business. I have lost and I have won. Artistes of my generation were not able to capitalise on our talent before social media came to the fore and we could capture more. I’m just happy to learn, and the best of Da’Ville is yet to come.”

In 2021, Da’Ville, who has been calling Florida home for several years, got baptised, and his single, To Jireh, which is described as a gospel reggae track, had many fans and industry professionals speculating that the singer was going to focus on doing more music for the Christian audience.

He explained: “Making that decision was due to the personal relationship between me and God. It needed to be solidified more, and it kind of brought things into perspective to know the true value of my talent and why I did it. As for the song, it is a confession of my relationship with God, and it wasn’t to entertain but deliver a message within the lyrics, and lucky for me, I was already delivering messages throughout my extensive catalogue of music. They can be related – a person of faith can still sing and dance to them without feeling like they have disrespected their Christianity.”

He further explained that he never labelled To Jireh as gospel but instead coined it as ‘kingdom music’.

“I am not one to sing about what everyone is. If I want to sing about love or faith I can, and there is more of that to come on a different tangent, not just reggae, the singer-producer said.

Da’Ville has been touring consistently over the past five years, with the last leg of his most recent tour seeing him travel to Australia and the Solomon Islands to headline a live show with a popular reggae band from the island known as Doorman’s Project. He is featured on two tracks on their album titled Long Way Home, and the band will also be on Da’Ville’s upcoming album.

“It was amazing to visit the region, to see how my music has made its way there and just to interact with the natives. Certain places there, you can only get there by boat, and most of the food was organically grown. I’m always looking for opportunity to perform, and I’ve been home since the Christmas holidays, and I say home because home is with my family. No matter where I go in the world or lay my head, Jamaica is a special place, and I look forward to coming back there to perform,” Da’Ville said.