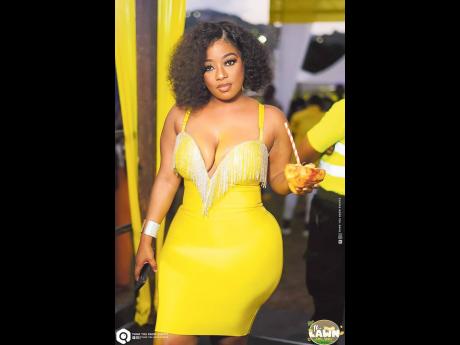 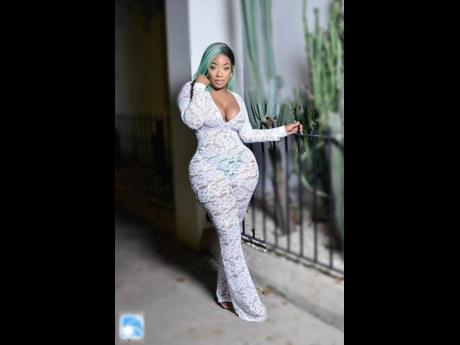 Renee 6:30 cannot recall a time when she wasn’t singing. Even when she danced on stages across the world, she would have her own mental, mini concert, singing the songs in her mind as she moved. For more than three years now, she has occupied a new role on stage as a singer whose dancing abilities make her a one-woman show, or as she calls it, an entertainer.

But it wasn’t an easy transition.

“It was a bit different for me because I’m shy,” Renee 6:30 told The Gleaner. “At first mi did a fret because, you know, everybody will have that anxiety and wonder if people will like your voice, so I was worrying; but everybody said I was going to do well.”

Her debut single, My Body, was a meteoric hit, and she found herself having collaborations with acts like Vybz Kartel and Charly Black, with whom she toured when she was a dancer.

With her new single Mad Ova creating a buzz (sonically and visually), Renee 6:30 is working on her debut EP with producer Flo1. Word of the project comes amid the Grammy talk of this week, and Renee 6:30 said that the reggae category has shown some evolution in recent years with modern representations like Koffee and dancehall figures like Spice.

“Of course, in the future, I see myself with a Grammy,” she added. “I’m already an established international dancer, so just look out for Renee, the international artiste.”

She opens up about her music journey and personal life in this week’s Five Questions With.

1. Does it ever bother you that people still tie you to dancing even though you’re doing music?

It doesn’t really bother me. The name Renee 6:30 is very big in the world. A lot of people outside Jamaica know my name, but they don’t know me in person. The fact that the name go out there in the world as a dancer, I can’t blame them to still tie me to that. It just shows me that I need to put in more work to show them that I’m an artiste now and I’m very talented at it, just as I was as a dancer.

2. You’ve shown your versatility in your music from singing to deejaying, and even dabbling in different music genres, like reggae, hip-hop and R&B. Do you have a preferred style when it comes to doing music? (I detect a sweet spot for singing.)

You’re right, I love singing. Growing up, I listened to a lot of R&B music. Whenever I hear R&B I just want to sing along, and I’m still growing in that field because even though I’ve been singing all my life, I never had the right training. As I grew older and transitioned into music, I ended up saying I’d get a vocal trainer and do everything to get my voice out there, because I know I can sing. I love deejaying, too, but I’d more go for a singjay vibe.

3. As Renee 6:30, you’ve used your image to your promotional advantage. Calling in Renee McLean, does the body objectification ever get to you, or have you become numb to it?

It never, ever gets to me. Mi love when dem talk ‘bout me and my body. I always laugh when people talk bad, and I thank those who say good things, because there are a lot of people who say good things, even when they see me in person or comment online. I ended up going back (for cosmetic surgery) a second time to liposuction my legs because I didn’t like them, they were too big. My legs are smaller now, and mi likkle and neat.

4. We also know you for your friendships. We’ll see Sher, Poochi and others in your close circle post your songs, but then we’ll also see you promoting, for instance, Sher’s hair salon. What does friendship mean to you?

Friendship means a lot to me because to me, one hand can’t clap. It takes a team to win, and my circle is winning because we all help each other. Sher is one of the persons who brought me into dancehall and mek mi know everything in dancehall, so mi always grateful to her as a friend, and we became very close. Sher helps me and I help her back with her business. I help Poochi and Poochi helps us, too … . We all promote each other and our circle, and nobody bad mind nobody.

5. When you’re not working on new music or running your 630 Fantasies lingerie business, what does Renee like to do?

Based on the fact that I love music, I love to party. I also love travelling, not just internationally, but in my own country. I love when someone says, ‘Lets go to Ochi’, and we just jump on the toll and gone. I don’t like staying in one place, I love to explore.