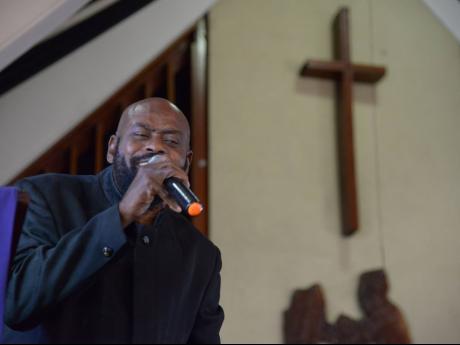 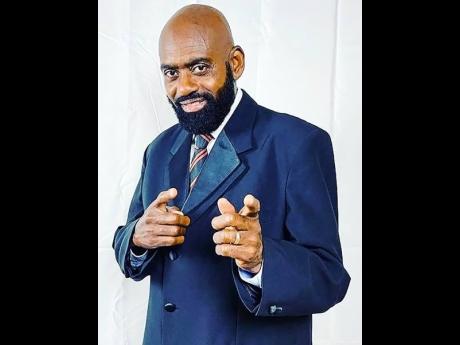 Through his music career and volunteerism, Cleve Aman Laing, better known by the moniker Lt Stitchie, has educated many through his messages of determination, righteousness and unity, making him one of the most respected artistes of the reggae-gospel movement globally.

Recently, Lt Stitchie was honoured with a Doctor of Law degree in International Humanitarian Studies from the Dayspring Christian University, Association for Biblical Accountability in Education and Friends for Life Outreach Department of Training and Education for his involvement in outreach in correctional facilities in Canada and other areas, as well as education. This is his second honorary doctorate. The first was conferred in 2012 by the Cornerstone Christian University in Orlando, Florida, for his contribution to gospel reggae music.

“It is a humbling feeling; I realise what it means to what and who I represent, also, of whom I belong. I am representing the Kingdom of God as I am a follower of Christ, I am representing my country and its rich culture for which the responsibility is on my shoulder to let people know that Jamaica is not synonymous with criminality as some may be made to think,” Lt Stitchie told The Gleaner.

He added, “Also, poverty is not synonymous with failure, but it can be used as a prerequisite for success if you apply yourself, stay focused and be determined in whatever it is you’re pursuing. I speak as a man who comes from the bowels of society, graduating first with a PhD from the ‘ghetto university’. Anything you want, you can achieve it.”

From primary to secondary level, Lt Stitchie said he would use the gift of singing to memorise the information from the textbooks as his family could not afford them. He successfully completed studies at the G.C. Foster College of Physical Education and Sport in 1986 and went on to become a teacher of physical education and biology at the Tivoli Gardens (his alma mater) and Jonathan Grant high schools. He had planned to further his studies and while pursuing his recording career had returned to G.C. Foster with an application but did not complete the process.

“I wanted to study sports medicine and psychology. With continuing my studies, I had started the process of getting the medical done and to acquire the school fee, but the Lord led me a different way,” said Lt Stitchie, who became a Christian in 1997.

He has worked with the Friends for Life Outreach Department of Training and Education since 2005, performing at benefits that support the cause, in the role of motivational speaker and participating in programmes to provide inmates with scholarships for education. Using his own upbringing as testimony, the Truth Be Told artiste began envisioning ways he could use music and ministry to call attention as well as reach out to persons who were “not necessarily lacking education but were in the situation because of miseducation”.

“I put my mind in gear before the mouth is engaged. I’m either 100 per cent in or 100 per cent out; I saw their cause and identified with their objectives, and education has always been my thing. So, for any country and what I always thought for my country, to go forward, we need to address three areas; we need educated people, so we need the Ministry of Education, we need healthy people, so we need the Ministry of Health, and we need secured people, that’s where we address the Ministry of Security. I believe those three areas need to be at their best to see real growth, and that’s no disregard to the other areas, but those need to be sorted out, so when I realised this was part of this ministry’s vision, it appealed to me.”

He added, however, the challenge we have locally is the “barrel mentality syndrome”, of allowing others outside of our own the privileges. He said to mobilise the nation, “we must put humanity over vanity”.

Volunteerism and philanthropy, like all things, have frustrations, Lt Stitchie admits, but one Sunday school lesson is forever imprinted on the artiste. “The teacher was Naomi Gayle – me know her as Sister Penelope – she told me to do all the good you can, to all the people you can, in all the ways you can, just as long as you can. And as the scripture Galatians 6:9 says, ‘Don’t be weary in well-doing.’ Frustration comes from different angles in all that I am doing, but I get to understand it is a catalyst that propels me forward. I am a determined person; the more challenges you present me with, the more determined I am to excel,” Lt Stitchie shared.

He writes about this in his book The Power of Determination, released in 2015 that is still available on the Amazon Kindle platform. In September, Lt Stitchie received the Caribbean Afro Music (CAM) Award for Best Album for Masterclass, which was produced and released under his label Drum & Bass Music and Publishing. It featured reggae and dancehall acts such as Agent Sasco and Fantan Mojah. He was awarded the Order of Distinction in the Rank of Officer for contribution to the reggae and dancehall music locally and internationally during the country’s annual National Honours and Awards Ceremony a month later.

“This year has been astronomical; I have seen superb growth of my career. To be recognised by the CAM Awards in London, UK, not a gospel award either, where other artistes such as Julian Marley, Spragga Benz, Anthony B and Busy Signal were nominated, is a blessing to know people are listening to the music as well as the message,” Lt Stitchie said.