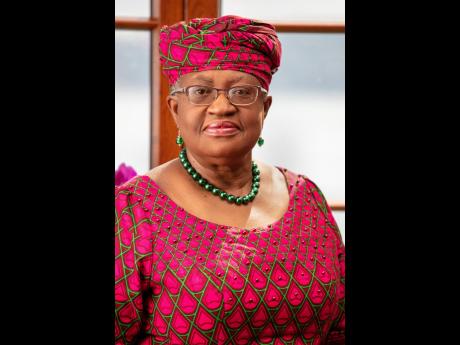 As COVID-19 cases were increasing in Europe leading to new restrictions and as a new variant, omicron, identified in South Africa, started turning up in other countries, the World Health Organization (WHO) categorised it as being of concern.

With countries, including Switzerland, beginning to restrict flights and impose quarantine requirements, the General Council of the World Trade Organization (WTO) meeting late on Friday evening, November 26, felt that there was no choice but to postpone the Ministerial Conference set to start on Tuesday, November 30. This is its second postponement. MC12 should have been held in June 2020 and, in fact, MC13 would have been due at the end of 2021 under normal circumstances.

Some news reports have indicated that MC12 is postponed indefinitely. This is not an indication that the meeting is cancelled. The reports from the WTO are informing that the meeting will be reconvened at a date to be determined as the negotiations required would not be possible in a virtual session. Thus, once the COVID situation permits, the General Council Chair and the Director General, Chair of the Trade Negotiations Committee, would have consultations to determine and propose a new date for an in-person meeting, hopefully early in 2022.

WTO members are requested to continue negotiations to bridge outstanding gaps. Director General Ngozi Okonjo-Iweala is quoted saying, “This does not mean that negotiations should stop. On the contrary, delegations in Geneva should be fully empowered to close as many gaps as possible. This new variant reminds us once again of the urgency of the work we are charged with.”

It may be that in the intensity of the preparations for MC12, this was a time when a break was needed to clear the mind and do a proper stocktaking in spite of the urgency of the issues on the agenda. Reports out of India are indicating that that country might be welcoming the postponement to be able to reassess its position on subjects, such as agriculture. I suspect that many of the developing countries are also welcoming this postponement, even if they are not saying so publicly.

It seems that the status of negotiations as at Friday, November 26, was as follows:

1. Draft Agreement on the fisheries subsidies – a new draft was submitted for review by ministers which was aiming to balance positions and hoping to find a path to consensus without undermining the sustainability objective (UN SDG Goal 14.6 – prohibiting certain forms of fisheries subsidies).

2. Trade and health – still aiming to find a common intellectual property response to COVID-19 by exploring all available options for reaching consensus on a solution to producing and trading in vaccines as well as in supplying other health-related products required in the pandemic.

4. Trade in services – looking at the work on domestic regulations for which a reference paper was developed and facilitating trade in services by reducing trade restrictions in areas such as technical standards, licensing and qualification requirements and processes, and increasing transparency.

5. E-commerce – considering whether to continue the moratorium on customs duties and looking at the work programme on e-commerce, as well as a possible agreement;

7. Trade and gender – finalising a Joint Ministerial Declaration on the advancement of gender equality and women’s economic empowerment within trade.

8. Sustainable trade (trade, environment and climate change) – considering possibilities for promoting sustainable trade and commencing discussions on trade-related climate measures. This includes those members who pledged to phase out fossil fuel subsidies and to address plastics pollution. Some of these initiatives emerged from COP26.

9. WTO reform – still needing to address reform in some way, including special and differential treatment and dispute settlement.

10. Investment – considering the status of negotiations for an agreement to facilitate investment for development.

While some of these issues are multilateral, such as fisheries subsidies and trade and health, others are plurilateral, being considered by a smaller group of members and thus being more likely to have a successful outcome.

I am assuming there might be a virtual general council meeting before the WTO takes the Christmas/New Year break to which, no doubt, tired minds have already shifted. Work will resume as customary in January 2022.

Elizabeth Morgan is a specialist in international trade policy and international politics. Email feedback to columns@gleanerjm.com