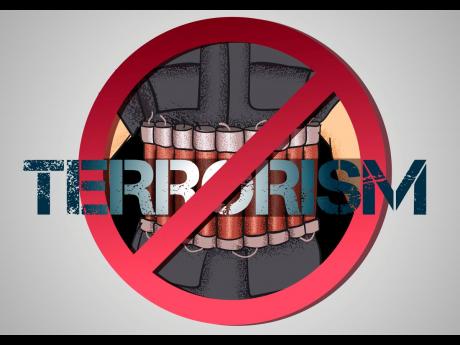 TO SAY that Jamaica has a corruption problem would be a gross understatement. The problem with that problem though, is that most Jamaicans only see a problem when it becomes a problem for them. Yes, I too feel a bit dizzy after writing that...

TO SAY that Jamaica has a corruption problem would be a gross understatement. The problem with that problem though, is that most Jamaicans only see a problem when it becomes a problem for them. Yes, I too feel a bit dizzy after writing that sentence, but certainly not as dizzy as I feel as we seem to lurch from corruption-based crisis to corruption-based crisis, one after the other. The other problem with our corruption problem is that most Jamaicans see corruption as a legal issue and not the epicentre of so many of our societal ills, including organised crime. Part of the reason is that many Jamaicans don’t truly understand organised crime, especially in the Jamaican context. The term itself probably conjures up images of dark, smoky, seedy basements with shadowy crime bosses sitting around a table smoking cigars with the heads of their crime syndicates. Think Tony Soprano of the HBO series of the same name. The truth, however, is that organised crime is much less dramatic and much less sexy in reality, but no less coordinated and controlled, and minus the finely tailored Italian suits.

The most obvious difference between organised crime and your garden variety lawbreaking is in the word “organised”. In other words, organised crime isn’t random, opportunistic, unplanned and individualised. Rather, it is meticulously premeditated, well crafted and centred around the actions of a group or groups of individuals. From that perspective, it is clear that all forms of criminal activity can fall under the organised crime umbrella, and so the deciding factor isn’t the offence but rather the offender, in this case, the organised criminal group.

Through intimidation, threats, force, violence or extortion, these groups are able to protect their operations, but there is another very powerful agent that not only holds and binds them together but also lubricates their illicit transactions; corruption.

Broadly speaking, corruption is the abuse of entrusted power for private gain. It therefore takes many forms, depending on the amount of money involved or the sector in which it occurs. Grand corruption, for instance, involves acts committed at a very high governmental level, where laws, policies and guidelines are skirted in order to bring financial benefits to leaders. Then there is political corruption, closely related but slightly different, where policies, institutions and procurement procedures are routinely flouted by political decision-makers in order to cement or sustain their power, status and wealth. At the lowest level is petty corruption, or the routine abuse of trust by low- to mid-level public officials in their interactions with ordinary citizens. Think policemen, schools, hospital staff or tax administrators who offer bribes in exchange for basic goods and services or for the avoidance of fees and taxes.

Corruption is therefore pretty easy to spot. Can’t get or keep a job or contract because of party affiliation? Corruption. Someone who cannot drive pays an examiner to get a driver’s licence? Corruption again. Vital evidence in a murder case goes missing or a policeman tips off a criminal gang that the police is coming? Yup. You guessed it. These examples are so commonplace here that it’s really no surprise that Jamaica is ranked 5th in the Caribbean for its levels of corruption. Actually, I’m quite surprised … that it isn’t higher.

Now, in each example and at each level of corruption, there is a critical classification of actors needed to make the system work. These actors are typically arranged across three layers of individuals who are absolutely vital to the efficient working of the system. At the top of this food chain are your Enablers. They give the act of corruption top cover by turning a blind eye, authorising or justifying the corrupt act. Enablers would include, for example, Government ministers who give general direction. Next up are your facilitators – the ones who create the documents, authorise the payments, and ensure that the paperwork is properly done in carrying out the mandate of the Enabler. This person knows the enabler’s intent and ensures that it is carried out. Finally, you have your Implementers. These are the persons who get the final document and sign the contracts, in other words, the managers who make it all happen. Together, this system moves in rhythm like a well-oiled machine, turning the corruption engine that drives the wheels of this country in the wrong direction. Hospitals, schools and other critical infrastructure are deprived of much-needed funds due to money ending up in the pockets of corrupt Enablers, Facilitators or Implementers. Murderers walk free and crime goes uninvestigated or unpunished because corrupt law-enforcement personnel are compromising the justice system. Illegal guns and ammunition flood our streets because watchdogs at the ports turn a blind eye to that suspicious barrel.

Altogether, this is how we’ve got to where we are now; poor infrastructure, a lacking healthcare system, underperforming schools, and perhaps the most worrying of all, a runaway crime and murder rate. But there is some hope. Corruption and organised crime watchdogs such as National Integrity Action, the Integrity Commission, the Major Organised Crime and Anti-Corruption Task Force, and a vigilant and fearless free press must continue to be empowered, encouraged and protected. Most critical in all this, however, is the public. As citizens, we must begin to see corruption as the centre of gravity of many of our most pressing societal ills and make it a national issue, right there alongside the discussion on crime and our murder rate. When this conversation starts to shift and action is a must-have rather than a nice to see, then we will truly start to move the wheels of this bus in the right direction.

Major Basil Jarrett is a communications strategist and CEO of Artemis Consulting. Email feedback to columns@gleanerjm.com or basiljarrett.artemis@gmail.com. Lieutenant Colonel Patrick Cole is a retired legal officer of the Jamaica Defence Force with over 27 years of service.