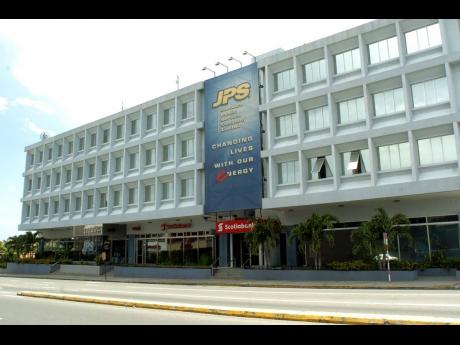 Power provider Jamaica Public Service Company Limited, JPS, wants to increase by sixfold this year, the number of customers who prepay for electricity, otherwise called pay-as-you-go. It’s a bit of a conundrum, why after eight years since the...

It’s a bit of a conundrum, why after eight years since the introduction of prepaid power in Jamaica relatively few or 2.5 per cent of the JPS’ customer base have taken it up, despite prepaid cellular service being the dominant service at over 90 per cent for cell providers.

The power utility wants a consultant to test why the adoption remains low to allow JPS to address any shortcomings.

The issue becomes topical as customers have complained of wanting greater control over their bills, especially within the context of oil price shocks that are passed through to electricity consumers, JPS reasoned in the tender.

“Currently, JPS’ prepaid customer base consists of approximately 15,000 active customers. While the company has seen growth in customer size since the pilot in 2015, the current business objective is to increase this customer base to 100,000 by the end of 2023,” the power utility said.

JPS’ total customer base hovers at 600,000, according to the document. This means that moving to 100,000 prepaid customers would result in roughly 16 per cent of its customer base being on prepaid plans.

The power utility did not immediately respond to requests for comment on its new goal and its expected impacted on its cash flows.

Currently, JPS’ receivables, or monies owed by its customers for electricity already consumed, stood at US$165 million or $25 billion up to last September. A year before that, the outstanding monies amounted to US$132 million or $20 billion, indicating a greater degree of outstanding bills.

The JPS will accept applications up to January 20 for consultants vying to conduct a consumer insight study. The study should include, among other things, the profile of the customers that use JPS’ pay as you go. This will include the demographics such as age, gender, socio-economic level, and customer type whether residential or commercial.

The utility wants information on the lifestyle, behavioural traits and characteristics of the customers. It also wants a “deep dive” into the current customers’ likes and dislikes of the prepaid service. And also the perceptions about using prepaid service among customers and non-customers.

JPS views the success of prepaid services across the telecoms market as a sort of case study for its own ambition. Among mobile subscribers, more than 90 per cent of customers are on prepaid plans under which they first pay for the service they consume, rather than receiving bills at the end of a cycle.

The latest data from the telecoms regulator, the Office of Utilities Regulation, showed 2.9 million mobile telecoms subscribers across the industry with 238,600 or 8.1 per cent being postpaid customers.

“With prepaid cellular service so widely accepted locally, the Jamaica Public Service Company Limited felt that this type of offering would be ideal for customers desirous of managing their energy consumption and those who would prefer not to have a monthly bill,” the power distributor said.

The focus on prepaid bills comes as oil prices are still hovering above five year norms. Today, the price of crude oil per barrel is around US$79, falling from highs of US$105 last year. However, the current price is still higher than the US$50 average over the last five years, data indicates.

“With the global outcry for lower electricity costs, and consumers demanding more flexible options, it has become imperative that utility providers offer products and services to address their customers’ needs,” JPS stated in the body of the tender document. “One way in which they have done so is with the introduction of prepaid metering services.”

JPS indicated that globally “millions” of customers use prepaid power, which initially emerged in the United Kingdom in 2007.

JPS launched its Pay As You Go pilot in 2015 in the Kingston Metropolitan Area and later expanded the service to all parishes in 2016. Pay As You Go allows consumers to purchase credit for a certain amount of electricity and allows them to monitor their remaining balances in total kilowatt-hour consumption, JPS explained.

“This has empowered Pay As You Go customers to manage how much they spend on electricity within a given period. By utilising this Pay As You Go system, customers avoid end-of-the-cycle billing, disconnection, and incidental fees that usually accompany postpaid services,” the power utility said.

JPS holds the monopoly on power distribution in the island. It manages installed generating capacity of 1,026 MW, the document noted, the majority of which it purchases from independent power providers.

The utility is co-owned equally by Marubeni Corporation of Japan and East West Power Company of Korea, each with a 40 per cent stake, while the Jamaican government holds a fraction above 19 per cent. The rest is held by a small group of shareholders.

At the end of September, JPS’ net value was around US$568 million or $86 billion in local currency.