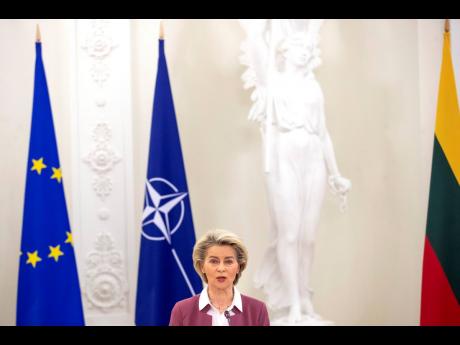 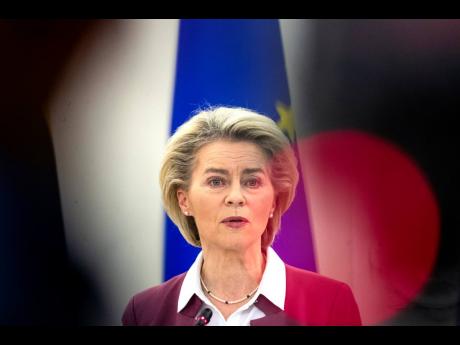 The European Union is set to unveil a multibillion-euro plan today, Wednesday, aimed at bolstering the 27-nation bloc’s worldwide infrastructure and influence.

The programme is expected to mobilise up to €300 billion (US$341 billion) in public and private funds by 2027.

Although the European Commission, the EU’s executive branch, does not present the project as an attempt to counter China’s massive infrastructure initiative seeking to connect Asia with Africa and Europe, the German ambassador to the EU said the so-called Global Gateway “has the potential to turn the EU into a more effective geopolitical player”.

“For many partner countries, the offer of a rules-and-values-based cooperation at eye level will be an attractive alternative to the Chinese Belt and Road initiative,” Michael Clauß said.

China’s programme aims to develop markets and new trade routes connecting China with the rest of the world by weaving a network of ports, bridges and power plants that will yield diplomatic clout and global power.

Asked whether the 27-nation EU is trying to counter China’s influence with its plan, commission chief spokesman Eric Mamer dodged the question.

“We know that infrastructure communications are essential elements of modern life, and the commission is therefore intent on ensuring that we can cooperate with our partners across the globe in this area constructively,” Mamer said.

The EU is China’s biggest trading partner, but they are also economic competitors and strategic rivals. As Beijing has become more assertive in recent years, the bloc has struggled to balance its commercial interests with a country that it has human rights concerns about and sees as “a systemic rival”.

European Commission President Ursula von der Leyen said in September that the goal is to invest in quality infrastructure, citing a new underwater fibre-optic cable connecting Brazil to Portugal and future investment in Africa to create a market for green hydrogen. The plan also will favour investment in the health, education, climate and digitalisation sectors.

Michaël Tanchum, an expert at the European Council on Foreign Relations think tank, said Europe can compete with Chinese investment in Africa by combining the Global Gateway with the European Green Deal, the EU’s programme to combat climate change.

“Chinese investments across the continent have not brought about a China-style economic boom in a single African country,” he said. “Europe’s opportunity to fill the resulting gap lies in investment that creates large-scale, value-added production in Africa.”

Von der Leyen has pledged that the Global Gateway will be in line with high labour and environmental standards.

“There are 25 million people out there, who are threatened or coerced into forced labour,” she said. “We can never accept that they are forced to make products – and that these products then end up for sale in shops here in Europe. So we will propose a ban on products in our market that have been made by forced labour.”