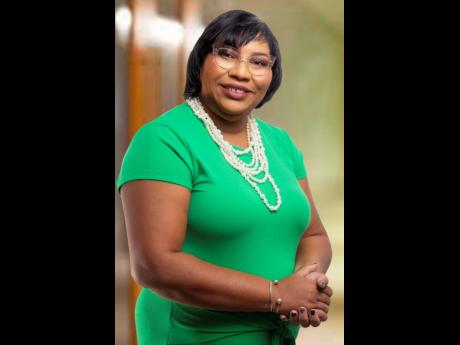 Dianna Blake-Bennett, newly appointed CEO of Jamaican Teas’ manufacturing division, which is being called Caribbean Dreams Foods Limited. She took up her new post on November 15, 2021.

Blake-Bennett’s appointment as CEO, which took effect on November 15, sees her taking control of the company’s biggest revenue earner, as well as overseeing the spin-off of the manufacturing division into a new company to be called Caribbean Dreams Foods Limited. Jamaican Teas intends to list the new subsidiary.

She relieves Group CEO John Mahfood of responsibilities for the manufacturing division, allowing him to focus on the growth of Jamaican Teas real estate division, its investment company QWI and its supermarket businesses, Bay City Foods and Shoppers Delite.

Jamaican Teas is also looking to grow its business through acquisitions, on which Mahfood will take the lead.

Jamaican Teas is in the middle of securing approvals from different regulatory agencies for the creation of the new manufacturing company which has an expected completion date of March 2022. Thereafter, it will seek to list Caribbean Dreams Foods on the main market of the Jamaica Stock Exchange by summer.

Jamaican Teas, which will remain listed on the junior stock market, will also become the holding company for the group operations, which will comprise Caribbean Dreams Foods, real estate companies H. Mahfood and Sons Limited and H. Mahfood and Sons (2020) Limited, Bay City Foods Limited, QWI Investments Limited and KIW International Limited. Jamaican Teas holds 50 per cent of KIW and 35 per cent of QWI. The others are wholly owned companies of Jamaican Teas.

Blake-Bennett comes to Jamaican Teas with more than 20 years of experience in the manufacturing business, and familiarity with the hot beverage market segment.

Her four years as general manager of Salada, as the first female boss of the Mountain Peak instant coffee maker, saw her accomplishing a goal for the company that it long held – growing annual revenue above $1 billion ­– aided in part by her focus on youngsters as a market segment worth pursuing, aggressive sales strategy, as well as product innovation, including a new brand called Mountain Bliss.

Blake-Bennett has been tasked with expanding Jamaican Teas product range and extending the company’s footprint into new markets within the Caribbean region. Jamaican Teas could also draw on her knowledge in coffee processing to improve on the instant coffee and ground products business that it ventured into a decade ago.

The manufacturer currently produces teas, soups, spices among other foods items under proprietary brand Caribbean Dreams, and Tetley teas under licence. Plans are to add new brands through the acquisition of manufacturing businesses locally or outside of Jamaica.

“The plan is to acquire businesses that are already exporting,” Mahfood said.

Jamaican Teas sold $2.27 billion worth of products at year ending September 2021, up from $2.19 billion. The company also spun from a loss of $70 million to net profit of $605 million, aided by a turnaround in the level of returns generated through investment subsidiary QWI. The numbers are preliminary and subject to audit.

The tea company is aiming to grow its top line through product variety, the development of which would be part-funded from the share offerings in Caribbean Dreams Foods.

Jamaican Teas’ other growth plans include plant expansion. The tea maker recently received planning approval for the long-awaited expansion of its Bell Road factory. In the meantime, it has secured a 10,000 square-foot building on Montgomery Road in Richmond Park, Kingston, where it will relocate the manufacturing of its soup and spices.

“The soups and spice segment of the business has outgrown the present space at Bell Road. We are bringing in additional equipment to get operations going by next year,” Mahfood said.

Some $20 million will be spent on setting up the new site.

“We will continue operation at the two locations until we can get a property to acquire and then consolidate the business. But the expanded space at Bell Road is going to be used for our growing tea business,” he said.